The Nigerian National Petroleum Corporation (NNPC) on Tuesday in Abuja said oil marketers abandoned importation of petrol due to the losses they incurred. 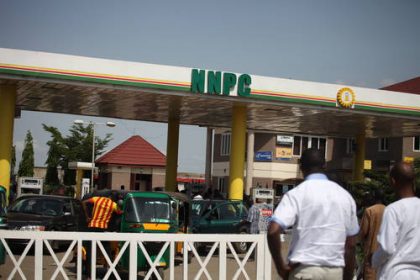 Chief Financial Officer of NNPC, Mr Isiaka Razak, stated this when he appeared before members of Senate Committee on Public Accounts investigating the fuel supply situation in the country.

Razak expressed worry that the task of importing fuel into the country was left alone to NNPC, saying that for one year, marketers avoided importing fuel because they incurred losses.

“The private sector cannot bring in the product because it does not make economic sense for them.

“They cannot land it at a price for which they are going to sell and make profit; that is the main reason they are not bringing in the product.

“As a national oil company, the NNPC is that supplier of last resort and we must take that responsibility where the private sector, which is profit-driven, runs away from a particular business.

“The economics is that if you bring in the product into Nigeria, you will make a loss; if there was profit in this business, the private sector would have been the ones bringing in this product.

“NNPC was designed to bring in the product 100 per cent; the private sector has stepped out but we have a national responsibility that Nigeria does not suffer and that is the role the corporation is playing by bringing in the product,’’ Razak said.

He added that the NNPC was absorbing the operational loss in the course of importing petrol.

“There is a loss element to it which the private sector is running away from but the NNPC is absorbing it and that is the basic summary of where we are,’’ Razak added.

Earlier, the Executive Secretary, Major Oil Marketers Association of Nigeria (MOMAN), Mr Obafemi Olawoke, had urged the Federal Government to pay the arrears of subsidy claims owed the association’s members between 2013 and 2015.

Olawoke said that payment of the money would enable the marketers to resume importation of fuel.

According to him, due to non-payment of the arrears, our members are incapacitated and cannot import fuel.

“The banks are always adding their interest at the end of every month.

“We had a promise from the Central Bank of Nigeria (CBN) that the aspect of interest will be stopped at a certain period of 2017 but that did not come to pass; so, the banks at the end of every month are charging us interest,’’ Olawoke said.

He said that two out of six major marketers imported fuel in 2017 to “cover some specific customer needs’’.

“These are mainly those that have their foreign affiliates who could cover them in terms of dollar coverage.’’

He, however, reiterated MOMAN’s commitment to continue to work closely with all regulatory bodies to finding lasting solutions to the problems faced in the country’s downstream petroleum sector. (NAN)