Gombe residents have called on the National Agency for Food, Drug Administration and Control (NAFDAC) to embark on effective monitoring of packaged water factories, populalrly known as pure water, to ensure supply of clean water to the public. 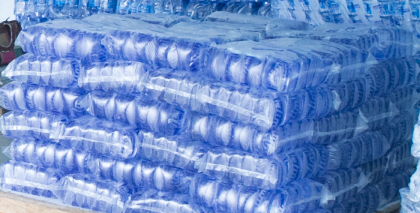 Some of the residents made the appeal in an interview with the News Agency of Nigeria (NAN) on Wednesday in Gombe.

Malam Usman Ibrahim, a resident of Dawaki quarters, said that most of the factories were packaging the water without treatment as expected.
He said that the demand for drinking water was high following the commencement of hot season in the state.
“If you keep some of the package water for three days, you will notice some particles or impurities.
“The authority concerned should take note of the issue to avert the possible outbreak of water born disease,” he said.
Malama Hasiya Garba, another resident, called on the Ministry of Health to collaborate with NAFDAC in promoting good hygiene.
She advised people to always go for package water carrying NAFDAC registration number to avoid consuming contaminated water.
“Sometime is better you drink direct from wells or boreholes than to drink some packaged water due to their bad nature,” she said.
However, Mr Musa Abbas, a resident, said with the advent of more factories in Gombe metropolis the existing ones have started improving on the quality of the products because of competition.
Abbas decried the increase in price of packaged water from N5 to N10 per sachet and called for reversal to the traditional N5. (NAN)