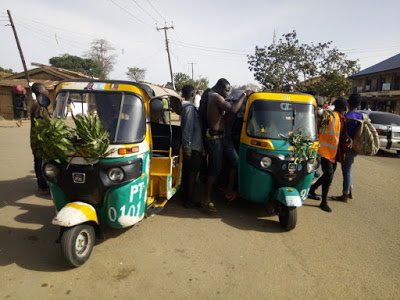 Plateau state government has lifted the ban the operation of commercial Tricycle known popularly as Keke NAPEP with immediate effect.

Plateau State government said that it had met and deliberated with Tricycle Union on the issues raised.

The State Government stated this in a press release by Cornelius D. Shiolbial, Permanent Secretary (Cabinet & Special Services) for Secretary to the Government of the State:

“After careful re-appraisal and consideration of the plight of the public, the State Government is hereby lifting the earlier suspension on the operation of Tricycle – Operators (KEKE NAPEP) with effect from 1st March 2018”

There is however still a time limit on operations of Tricycles due to Security concerns in the North-East. Tricycles are not allowed to ply Jos routes after 8:30 pm. The outright ban on commercial motorbikes still in effect.

“However, the operational period for Tricycle in the Greater Jos Master Plan still remains 6:00 am – 8:30 pm daily and to emphasised that the ban on the use of commercial motor-cycle(bikes) is still in place”.

On Monday, 26th February 2018,  The Operation of commercial Tricycles was suspended indefinitely by Plateau state government following what the government tagged “unruly and violent conduct of some Commercial Tricycles” over the supposedly peaceful protest by Tricycles operators popularly known as Keke in Jos metropolis over incessant harassment by VIO and FRSC, alleging that they were asked to get a drivers License for N15,000 to N20,000.