Self medication can cause drug resistance – Expert warns

Mr James Edache, a senior pharmacist in Garki Hospital, Abuja, has warned that self medication could lead to drug resistance. 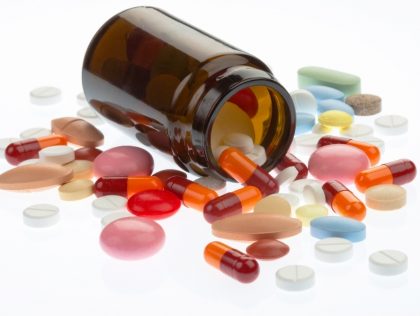 He gave the warning in an interview with the News Agency of Nigeria (NAN) on Wednesday in Abuja.
NAN reports that drug resistance is the ability of bacteria and other microorganisms to withstand a drug that once stalled them or killed them.

Edache, who attributed the practice to economic considerations, however, noted that it was cheaper in the long run to get medication through the right channel.
“There was a laboratory report recently that eight drugs were administered on a patient without a doctor’s prescription.

“And only one out of these eight drugs passed the test of culture and sensitivity in the laboratory, seven others had failed.
“The organism identified on the patient became resistant to seven classes of drugs tried in the laboratory as a result of self medication,’’ he said.
“Patients think they are saving cost by patronising quack pharmacists. If today you go to the pharmacy to get drugs to relief temperature, it does not get to the source of problem; you go again tomorrow for same drugs.
“The money will accumulate, by the time you calculate how much you spent, you will see that what you would have paid through the right channel would have been cheaper and faster,” he said.
According to him, drugs are categorised majorly into two: the over the counter medications and the prescription only medications.

He added that, good example of over the counter medication are pain relief drugs like paracetamol, vitamin C, Panadol and the emergency malaria therapy.
Prescription only medication, according to him, can only be given to patients who undergo channels of investigation by a qualified health professional.

Mr Ayo Moses, a parent who normally buys drugs from the counter, said he had stopped because of the implications.
“Yes I do buy drugs from the counter, but when I discovered the implication it has I stopped; anytime my child is sick I take him to hospital,” he said.
On her part, Mrs Juliana Luka, said self medication is due largely to the ignorance of some parents on its consequences.

“I heard that some people are doing that, but the truth is that they are ignorant of its consequences, whenever my children are sick I take them to hospital,’’ she said.
Mr Danlami Usman, a parent, also said he bought drugs on the counter in order to save the life of his children and time.

“I buy drugs on the counter. Why I do that is to save time and my children, it also serve as first aid before meeting a doctor,” he said. (NAN)