The Department of Petroleum Resources (DPR) in Kano has intercepted five trucks laden with 225,000 litres of fuel while being diverted from the State’s NNPC Depot to unknown destination. 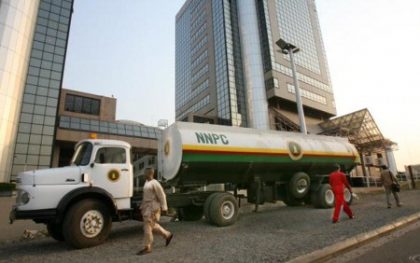 The DPR head of operations in Kano, Engr. Paul Jezhi disclosed this on Friday while inspecting the intercepted trucks at the NNPC Depot along Maiduguri road.

He explained that each of the trucks was loaded with 45, 000 litres of the product, adding that all in all 225, 000 litres were intercepted.

According to him, the interception of the diverted trucks was an efforts of the DPR officials in collaboration with the NNPC and PPMC officials in the state.

“The five trucks which were diverted a week ago, were returned to the Depot after we embarked on the operation in an effort to bring to an end the illegal activities being perpetrated by unpatriotic elements.

“We have earlier sent a letter to the marketer to either pay the economic rate of N200 per litre or return the diverted products, and they have returned it.

He said the Department would continue to partner with other relevant stakeholders with a view to checking the illegal activities among fuel marketers to ensure the availability of the product in the state and beyond.

“We are warning the marketers to desist from diversion of the product as we are not going to relent in our efforts to continue to sanction anyone caught in the illegal act.

“We will charge anyone caught diverting the petrol meant for a particular place to another so as to make sure that no litre is Milling, “he said.

According to the DPR Boss, the intercepted product would be sold to the public at an official price of N145 per litre.

Jezhi added that, “as from now, our officials would follow up any truck to make sure that the product is taken to the filling stations because a lot of things do happen along the way to stations.

He explained that presently the Department was iexpecting over 58 trucks of diverted petrol product to be accounted for by marketers or face sanction.

“The marketers we are expecting the 58 diverted trucks from them include Total Nigeria Pls, 12, Corn Oil four, Forte oil one, Mobil two, Maikifi 38 and Oando one truck”, he said. (NAN)