The Federal Road Safety Corps (FRSC) on Sunday assured motorists and travellers that the Niger bridge would be devoid of traffic during the Easter season. 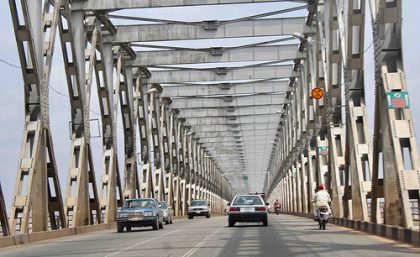 Mr Kehinde Adeleye, Zonal Commanding Officer of RS5, Benin in charge of Anambra, Delta and Edo gave Nigerians the assurance during a management retreat for officers in Anambra Command in Neni, Anaocha council.

Adeleye said the zone was keying into the mandate set out by the national headquarters of FRSC for the Easter patrol.

He said logistics were on ground to ensure free-flow of traffic at the Asaba and Onitsha ends of the Niger bridge and charged the officers and men in the zone to brace up for the task ahead.

“My task is not different from what the national headquarters has rolled out for us last week.

“We are going to manage traffic such that there will be no gridlock on all the corridors and ensure that motorists get to their destinations without difficulties because broken down vehicles and everything causing obstructions will be removed expeditiously.

“So, effective from March 28, we will be all out with full force and after this retreat, we shall localise the lessons so that all the regular and special marshals will have all the information and deploy every resource for the task ahead.

“We have two heavy tow trucks one in Asaba and another one in Awka, when the need arises we have the logistics to fall back on,’’ he said.

The ZCO said the retreat was a time for team building and brainstorming with the aim of achieving the corps core objectives for 2018.

He lauded the Anambra command for coming up with the retreat which, he noted, should have come much earlier and expressed confidence that it would help to improve the attitude of the participants.

In his lecture, Dr Harry Obi-Nwosu, Head, Department of Psychology, Nnamdi Azikiwe University, Awka, underscored the need for motorists to be psychologically balanced while on the road.

Obi-Nwosu in the lecture entitled “Psychology of Road Users’’, said human behaviour and state of being were crucial to the ability of motorists to manage situations in the course of driving.

He commended the FRSC for its policy of Psychological Evaluation of traffic offenders, adding that there were those who wished to do the right thing but could not because of their psychological state.

The don advocated for education of the young ones on road safety issues so that it becomes part of their culture in latter days.

“What we are saying is that how people react to situations determines how they interpret events at any particular point in time.

“For drivers or pedestrians, it is important to know that while on the road, they are at risk of either injuring themselves and or others; there are people who do not have the capacity to respond to rules, in this case, rules if traffic.

“Not that these people don’t want to obey but because of circumstances, so, when they are apprehended, the FRSC should make them available for psychological evaluation.

“You can delay somebody for a short time, a period that is enough to make him realise his error and not too long that makes him psychologically deranged again because psych punishment is not celebrated but talk of positive or negative re-enforcement,’’ he said.

Earlier, Mr Sunday Ajayi, Sector Commander of the FRSC in Anambra, said the retreat was meant to remind the top officers of the command, unit commanders and leaders of the Special Marshals unit of the corps strategic goals.

Ajayi said the lessons from the exercise should be replicated at the local level for more effective discharge of their duties.

He congratulated the participants, adding that he was sure they would come out reinvigorated.

The retreat has road walk as part of the event and decoration of Chief Anthony Onukweme, Chairman Toni-Mas Petroleum as Honorable Special Marshal by the zonal commander. (NAN)