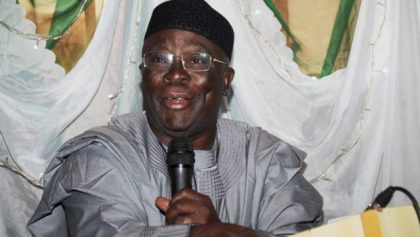 Buhari, in a message by his Special Adviser on Media and Publicity, Mr Femi Adesina in Abuja on Tuesday joined family members, friends and professional colleagues in celebrating the elder statesman.

He thanked God for the grace that had taken Adebanjo to this landmark age.

The president, who noted with delight that Adebanjo had clocked 90 years, believed the politician and lawyer had contributed to national development through his profession and commitment to nation building.

He prayed that almighty God would grant Adebanjo longer years and strength to serve humanity.

Born on April 10, 1928, Adebanjo has been identified as one of the strong and die-hard associates of the late Chief Obafemi Awolowo and Awoism.

Adebanjo, one of the chieftains of the National Democratic Coalition (NADECO), has also been described as the “last of the original Awoists’’.

He is also a leader of the Afenifere, the pan-Yoruba socio-cultural group in the South-West region of the country. (NAN)