Union, Kenya Airways set for showdown over sack of 22 Nigerians

The National Union of Air Transport Employees (NUATE) says it is set for industrial action with the management of Kenya Airways over the recent sack of no fewer than 22 Nigerians. 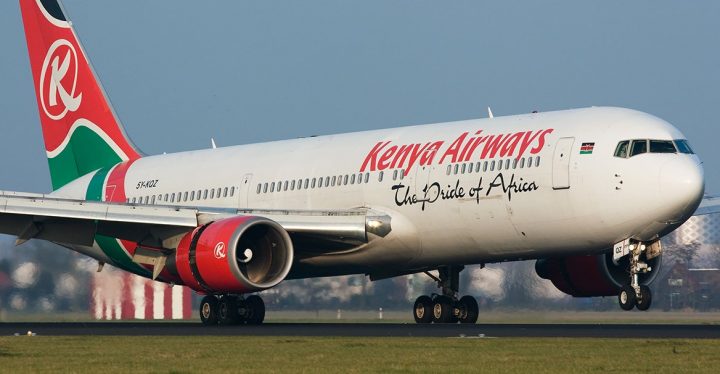 Mr Olayinka Abioye, the General Secretary of NUATE, told the News Agency of Nigeria (NAN) on Monday in Lagos that the union was unimpressed with the shabby treatment meted to Nigerian employees by the airline.

“The union has already reported the issue to several top agencies of government. We are consulting with the staff now before we plan our next line of industrial action.

“Definitely, there will be action, the consequences of which we did not know at the moment.

“We are going to make sure that we ground the operations of the airline in Nigeria, if the management fails to do the needful,’’ Abioye said.

He alleged that the airline violated the extant labour laws by declaring the affected workers redundant and refused to pay them their entitlements.

According to him, the union has been communicating in writing with the management of the airline before they took the unilateral decision to disengage the workers.

“Management does not have the right to unilaterally negotiate the severance package of workers without inputs from the union; that is not how it works and I am sure they cannot do that in Kenya.

“So, there is certainly going to be an action unless they officially write us and call us back to the table to begin to renegotiate,” he added.

However, the airline, had in a letter dated April 11 addressed to NUATE, accused the union of being unwilling to engage the management in negotiations on behalf of the affected workers.

The letter, which was signed by Kenya Airways acting Chief Human Resources Officer, Mrs Bridgette Imbuga, claimed that the airline had to use its best endeavours to negotiate terms for the workers.

Imbuga noted that the employees affected by the redundancy were those performing sales and commercial roles which had now been contracted to a General Sales Agent (GSA).

She said that the airline had complied with the provisions of Sections 20 (1) (a) and (b) of the Labour Act, Cap 198, Laws of Nigeria, in declaring the affected workers redundant.

Imbuga said that subsequently, the airline would proceed with the payment of their one month salary in lieu of notice and severance allowance at the rate of 23 days’ basic salary for every completed year of service.

According to her, among other entitlements, the workers will also receive payment for unutilised leave days accrued as at the date of redundancy. (NAN)