The Federal Capital Territory Administration (FCTA) on Wednesday said two of the three confirmed cases of Lassa fever died within three months in the territory. 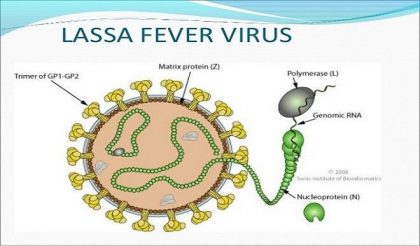 Dr Humphrey Okoroukwu, the Director of Public Health in Health and Human Services Secretariat in FCT disclosed this in an interview with the News Agency of Nigeria (NAN) in Abuja.

Okoroukwu said that 38 suspected cases were reported and investigated; three confirmed, while two deaths were recorded.

He explained that the only case of Lassa fever reported in Abuja Municipal Area Council in March eventually died.

The director said that the remaining victim in FCTA, who has been under surveillance was discharged having exited the incubation period.

Okoroukwu urged the residents not to panic over the development; rather, they should take their personal and environmental hygiene seriously.

He further urged residents to imbibe regular washing of hands, keep their environment clean and dispose their domestic waste to avoid rats.

He advised residents to always visit hospitals to get adequate medical attention, “even if they have an ordinary fever,’’ adding, “fever is a symptom of disease.’’ (NAN)