Mr Babatunde Abdulkareem, a Head of Political Science Department (HOD), Kwara State College of Education Oro, has called on government at all levels to improve workers welfare in the country in commemoration of Workers day celebration. 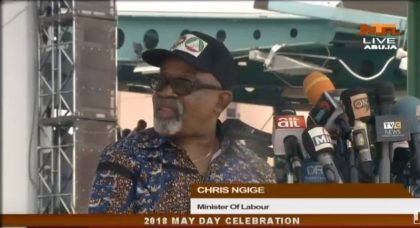 Abdulkareem made the call in Ilorin on Tuesday while speaking with the News Agency of Nigeria (NAN) in commemoration of the workers Day.

He said that civil servants deserved a better treatment as they are also the determinant factor for any economy to grow.

” Workers are being mistreated that some cannot afford to take care of their family. Some are being owed backlogs of salaries . How do you want them to deliver optimally at service when they are compromised.

“After working for 30 days, the story remain the same as workers are not paid on time or only receive 30 per cent wage at the end of the month.

”They now become Street beggars before they can survive.

“It is time to take workers serious if government really want to boost Nigeria economy. No nation will survive without better welfare of her workforce, ” he said.

He, however, called on the Federal, State and Local government administrators to treat their work force fairly by paying them salary on time and settle their arrears.

” Workers are not happy in spite of today being their day.

”They are only suffering and smiling as things are not going as expected of them,” said the HOD.

Some workers interviewed were of mixed views.

Mrs Favour Wilfred, a civil servant is of the view that worker should put their house in order.

”With good leadership, workers could get the government to attend to the needs of the workforce .

”For their leaders to make a good representation, they need to sample workers view so as to deliver accordingly”she said.

For Mr David Chiweta, a worker in a private firm where workers are not paid according to the rules of minimum wage, he retorted ”are we among workers?

NAN reports that workers day is a day dedicated to the honour of workers worldwide.

Before now workers use such occasion to wrestle their rights from government of the day. (NAN)