The Organised Labour has called for immediate probe of state governments involved in diversion of bailout funds meant for payment of salaries and pension arrears in the country.

President, Trade Union Congress (TUC), Mr Bobboi Kaigama, made the call at the 2018 May Day celebration for workers in the country on Tuesday in Abuja. 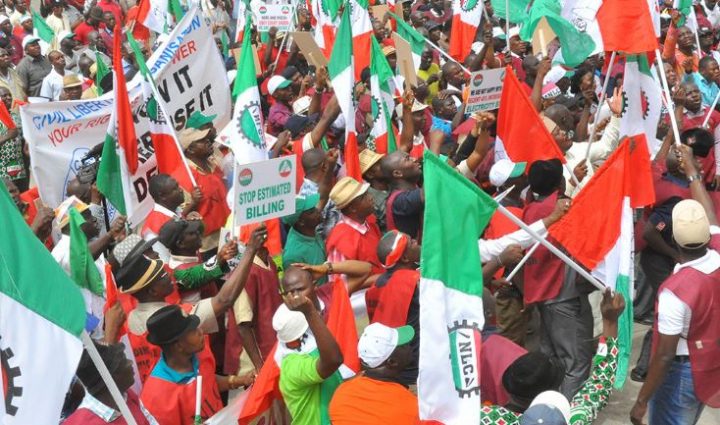 The theme for the May Day Celebration is, “Labour Movement in National Development: Dare to Struggle, Dare to Win.’’

Kaigama said the diversion of the bailout funds have been a growing concern to the organised labour.

According to him, as we speak, many states still owe their workers between five and ten months’ salaries and pensions arrears.

“We demand immediate probe for state governments that are known to have diverted the funds, while culprits should be made to face the full weight of the law.

“ What the erring states have done is a form of terrorism against the Nigerian workers.

“Meanwhile, we have identified the states that owe salaries and pensions arrears and serious mobilisation is ongoing to vote out such governors in the next general election in their states,” he said.

The TUC President, while speaking on the challenges of the economy, expressed concern on the dearth of infrastructure; insecurity, weak naira and less investment on human capital development, among others.

He, however, decried the delay in the passage of the 2018 National budget.

“Four months into 2018, the national budget has not been passed.

“This is counterproductive to the economy and makes us a laughing stock in the eyes of the world,” he said.

Wabba said the 2018 budget was a case in point as it was still trapped in the National Assembly four months into the year.

He noted that this has further compounded the sufferings of Nigerians whose daily sustenance depends on the budget.

“We are worried by the unnecessary bickering between the National Assembly and the Presidency over the budget.

“We call for an overhaul of our budgetary system, improved relations between the legislature and the executive and cutting down of wastes in government,” he said.

The NLC president also said that the fight against corruption is a collective battle and has to be transparent and holistic.

He said that corrupt persons in and outside government must be dutifully tracked and diligently prosecuted.

He stressed the need for the reformed of the judiciary, saying that the recovery of looted funds must be transparently accounted for and utilized to revitalize the economy and attend to the welfare of citizens.

He further called on the Federal Government to address the disparity between the remuneration of political office holders and other workers in the public sector.

According to him, it is also important that we tackle the wide gap between actual budget appropriation and releases.

“We should strengthen processes that ensure that government institutions are made to account for public resources committed to their care.

“We demand for specialised courts to speed up the prosecution of all corruption cases. Cases must be dispensed within a specified period of time,” he added.(NAN)