No fewer than 4000 households in the insurgency affected states of Adamawa, Borno and Yobe are to benefit from the Victims’ Support Fund (VSF) agricultural inputs support for the 2018 cropping season. 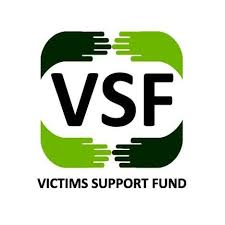 This was made known on Thursday by the VSF Chairman retired Gen. Theophilus Danjuma at the flag off of the rain-fed farming intervention of the fund in Gulak, headquarters of Madagali Local Government Area (LGA) of Adamawa.
Represented Alhaji Alkasim Abdulkadir, a board member, Danjuma said the measure was to ensure that those affected bounced back to their normal lives.

“The intervention is to administer appropriate support to victims of insurgency and facilitate restoration of their livelihood through economic empowerment of households in the North East.
“The VSF Agro-based intervention provides agricultural inputs which include; improved varieties of seeds, fertilisers, pesticides and sprayer.

“The rain-fed farming programme will improve household nutrition and also engender financial independence for victims who have returned to their communities.
“A total of 4,000 households will receive agricultural inputs across the three most affected states of Borno, Adamawa and Yobe,” he said.
Also speaking, VSF Executive Director Prof. Sunday Ochoche, who said the beneficiaries also included some widows, urged them not to sale the inputs provided.
“We are delighted that today the situation in Madagali has stabilised to the point that we can gathered here to flag off a critical project of the VSF,” Ochoche said.

“The seller and buyer will be arrested and prosecuted.
“I urged you all to make good use of this farm inputs and pray that God in His infinite mercy will give us a good raining season that will result in bumper harvest,” he said.
Gov. Muhammadu Bindow represented by the state’s Commissioner of Agriculture, Alhaji Ahmadu Waziri, also lauded VSF for the support and said that government would also provide farmers in the affected areas with fertilisers at subsidised rate.(NAN)