The Nigeria Governors’ Forum (NGF) Secretariat on Tuesday said governors of the 36 states have collectively expended more than N2 trillion in augmenting police operations nationwide in the last decade alone. 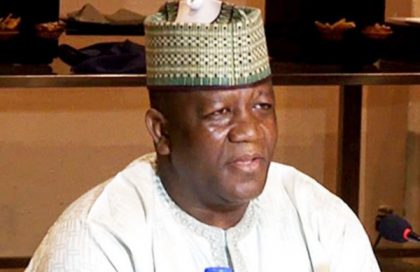 Mr Abdulrazaque Barkindo, Head, Media and Public Affairs made this known in Abuja.

The amount, according to Barkindo, was not minding the contributions of Borno, Yobe, Adamawa and Gombe states, hitherto referred to as the frontline states and critical flashpoints at the peak of the war against insurgency in the country.

He said that the revelation was part of a research conducted by the media department of the NGF monthly magazine “The Executive Summary” July edition.

He said that the purchases by the governors have covered such items as Hilux trucks, Armoured Personnel carriers, Helicopters, River Gun Boats, Horses, Communication equipment, uniforms and handcuffs among others.

“For example, the magazine which has as its cover story State Police: The Time is Now, related that in 2015 alone Lagos State, under Governor Akinwunmi Ambode spent over N4.765bn on helping to sustain the Federal Police.

He added that the state government also established an ICT Resource Centre for the police in Lagos State.

Barkindo said that the magazine also accompanied its story with an expenditure table of some of the purchases and donations made to the police by more than 20 of the states.

He recalled that in July 2017 the Inspector-General of Police Ibrahim Idris approached the NGF at their meeting in Aso Rock Villa seeking cap-in-hand, the sum of N3trilion as assistance from states

He said that the magazine also quoted the lamentations of some of the state governors, who in spite of these donations had been unable to enjoy even the partial loyalty of the federal police at their most critical hour of need.

He said that Governor Darius Ishaku of Taraba State, for example, was quoted in the magazine as saying “I am sitting here as governor, but I cannot control one police troop whenever crises break in my state.”

“His Zamfara State counterpart and Chairman of the Nigeria Governors’ Forum, Abdulaziz Yari Abubakar had, at one time, even relinquished his position as the Chief Security Officer of his state, in frustration.

“The report added that even Benue State, which very recently had its state assembly sealed and overtaken by the Nigeria Police Force, had spent a substantial part of its security vote in ameliorating the problems of the same police force that was to later humiliate the state.”

Barkindo added that the governors through the instrumentality of the NGF view this situation as absolutely unacceptable.

He said it was for these and several other reasons that the governors had been agitating for the creation of state police so that the safety of lives and property in the country would be firmly rested in the hands of those who spend their resources in sustaining the police force.

“Indeed, to give spice to the argument for the agitation of the states, the National Assembly only recently lent its voice to the agitation by state governors and also endorsed the formation of state police, saying it is about time.

“Most others who canvas the same position as the governors allude to the countries whose system Nigeria is emulating, saying community policing is a necessity if crime is to be prevented and insurgency is to be curtailed to the barest minimum.”

He also quoted Gov. Mohammed Abdullahi of Bauchi state responding to those who argue that governors would abuse the privilege of state police as saying , those who hold such view were fearful because they have restricted their thinking to building individuals rather than building institutions.

The NGF head of public affairs recalled that most states of the federation have already resorted to supporting vigilante groups.

According to him, some have even gone further to establish various types of self-help security formations like the Bakasi Boys in Abia, KAI in Lagos, Civilian JTF in the northeast, Karota in Kano and several others that fill the vacuum created by the absence of the federal police in their states.(NAN)