The World Health Organisation (WHO) says Circulating Vaccine-Derived Polio Virus Type 2 (cVDPV2) has been discovered in Bauchi State.
Dr. Adamu Ningi, the WHO Bauchi State Coordinator, disclosed this at a meeting with the Emir of Bauchi, Alhaji Rilwanu Adamu, and the Chairman, Social Mobilisation on Immunisation and Emir of Dass, Alhaji Usman Othman, in Bauchi on Friday. 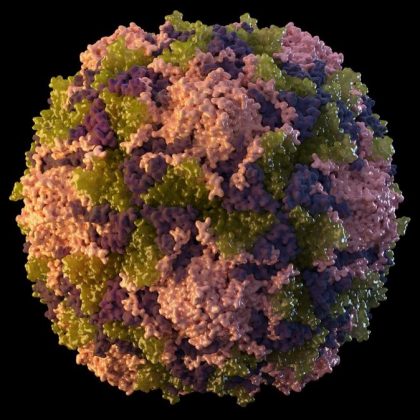 He said samples were collected from various locations on a monthly basis and it has been discovered that the polio virus type 2 was found at Gwallaga mosque area linking three wards of Makama B, Hardo and Dankade.
Represented by Dr. Khalid Abubakar, the state coordinator attributed the new strain to non-compliance to immunisation schedules.
“In Bauchi LGA, only 52 per cent of children are fully immunised, 29 per cent didn’t complete while 19 per cent have never been immunised.
“The latest strain of the virus are from isolated environmental samples collected from Gwallaga mosque area, Obonna Royal Hotel refuse site, Shafa bridge, and FGGC drainage.

“The circulating vaccine-derived polio virus is linked to the one earlier discovered in Hadejia, Jigawa State,” he said.
Also speaking, the state chairman, social mobilisation on immunisation, said the state has been without any reported case of polio for over five years.
Othman, however, regretted that it was unfortunate to record a new case despite efforts to prevent its resurgence from reported cases in Yobe and Jigawa states.
He noted that immunisation teams failed to report non-compliance cases in the past while supervision was poor.
The first class traditional ruler said the meeting was designed to engage the traditional institution and seek ways to contain the virus.
According to him, since the detection, WHO, UNICEF, the state government and traditional leaders have intensified efforts to check its spread.
In his remarks, the Emir of Bauchi emphasised the need for ward heads to always accompany house-to-house teams during immunisation plus days to avoid non-compliance.
While promising to support to eradicate the virus in his domain, Adamu however charged governments and the general public to intensify environmental sanitation and close supervision.
Speaking earlier, Dr. Shakhawar Hossain, the UNICEF State Lead Communication Officer, said intense campaigns must be mounted and traditional leaders should be on ground to answer key questions on polio immunisation. (NAN)