The Code of Conduct Tribunal (CCT) on Thursday adjourned indefinitely the  trial of Senate President Bukola Saraki, pending the determination of an appeal at the Supreme Court. 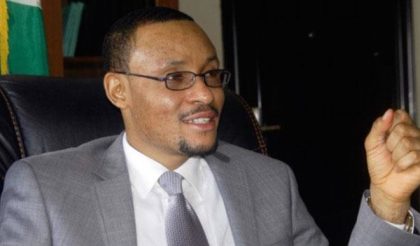 Justice Danladi Umar, Chairman of the CCT, gave the order at the resumed sitting of the tribunal.

Saraki was arraigned in 2015 by the federal government for alleged false declaration of asset after he served as governor of Kwara between 2003 and 2011.

The tribunal in 2017 acquitted him on all the charges and discharged him but the Court of Appeal sustained three of the counts in the charges after an appeal by the prosecution, and referred them back to the tribunal for retrial.

Umar said the court was supposed to hear adoption of written addresses from both parties, but he said: “  there was no way the matter could go on since an appeal had been filed”.

“We have received the addresses submitted by the prosecution and the defence and even the replies on points of law, there is an important issue that came up on this matter and is very germane.

“There is an appeal before the supreme court filed by the defence, the prosecution has also filed a cross appeal, we might need to look at the provision of Section 305 and 306 of Administration of Criminal Justice Act to decide on what to do,’’ he said.

Umar subsequently asked the prosecution and the defence counsel to address the tribunal on the way forward on the matter.

The prosecution counsel, Mr Rotimi Jacobs (SAN) had earlier told the tribunal that the appeals in question cannot in any way stop the continuation of the trial at the CCT and urged the tribunal to carry on with the day’s proceedings.

“The appeals filed by the parties before the Supreme court cannot in any way stop us, I will have say my Lord should tarry a while in respect to the integrity and authority of the court.

“But in this case, the prosecution will want this matter to proceed, Section 306 of ACJA enjoined the court not to entertain any cause for stay in a serious matter like this,’’ he said.

According to Jacobs, the appeal before the Supreme Court is not an issue of reference; Section 305 enjoined the court to go ahead.

He added that the defendant wrote a letter on Jan. 19, asking the court to stay proceeding pending the determination of the appeal before Supreme court but he did not stick to that, but went ahead to go on Feb. 6 and forget his prayer before the tribunal.

Jacobs, however, prayed the tribunal to allow the prosecutions adopt its written address.

According to Agabi, the Supreme Court had informed the defence that the court would be sitting on its matter Thursday, March 15, and urged the tribunal to stay proceeding until the Supreme Court decide on the appeals.

“The tribunal summons us to come on Feb. 6, we even thought the tribunal will say they have received our letter that we are already before the Supreme Court but the tribunal did not tell us that.

“The Supreme Court being a constitutional right dominates every other right contrary to it, we therefore appeal to the tribunal to stay proceeding until the appeal before the Supreme Court is decided,’’ Agabi said. (NAN)