The Seme Command of the Nigeria CustomsService (NCS), Badagry, Lagos State, says it is reclaiming land that has, over the years, been encroached on by the public without due process and approval in the command area. 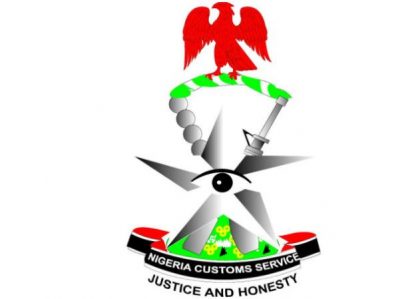 The Customs Area Controller, Comptroller Mohammed Aliyu, who announced this on Friday, said the service would ensure that illegal
structures were demolished.

Aliyu said that those with approval were directed to update their status by routing their request to the Comptroller-General of Customs
through his office.

He expressed concern about how the land belonging to the service was overtaken by illegal occupants.

Aliyu noted that the land, which was gazetted since 1978 by the Land Decree, would not be allowed to be encroached on.

He warned trespassers to keep off or lose whatever resources they expended on the land.

The controller also warned that he was determined to ensure that miscreants and touts who infiltrated the border to perpetrate
trans-border crimes were flushed out.

“Operation flush out touts from the border’’ is in place against those impersonating as officers or imposters to deceive innocent travelers along the Lagos-Abidjan corridor,’’ Aliyu said in a statement.

The controller said that with the consent of the Customs headquarters, he was sanitizing the gateway corridor to meet the global standard of
international land borders within the West Africa sub-region.

At a roundtable with the Ambassador of Nigeria to Togo, Mr. Joseph Olusola, the controller also sensitized the representatives of the Nigerian community in Togo to the core functions of the service.

He explained that most of the complaints were due to ignorance of the Customs laws.

The controller added that some people deliberately chose to trade on prohibited items, connived and patronized touts to facilitate their
illegal passage.

He gave an assurance that genuine and legitimate traders who were not well treated had the option of contacting Servicom office or the
Public Relations Office to lodge their complaints.

The controller said that those having complaints could also proceed to the office of the controller to facilitate legitimate trade through
the corridor.

Aliyu advised genuine stakeholders and those who were ignorant before now not to transact business with anyone not completely dressed
in Customs uniform with the name tag.

The controller restated his resolve and commitment in sanitizing the border command to meet international standards.