Staff members of the Energy Commission (ECN) of Nigeria have petitioned the Economic and Financial Crime Commission (EFCC) over alleged misappropriation of funds by the Director-General of the commission, Prof. Jidere Bala. 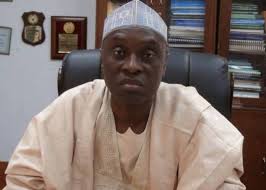 The members of staff, who took the action under the aegis of the Association of Senior Civil Servants of Nigeria (ASCSN) delivered a written petition at the Headquarters of the EFCC on Wednesday in Abuja.

Mr Promise Chukwu, the Chairman of the association at the commission, told the EFCC that the petition had become necessary in view of the happenings during his first tenure of the director-general, which ended on May 5, 2018.

According to Chukwu, the petition is in tandem with their ongoing protest.

“We have brought our petition to the EFCC, we believe that this agency will investigate his stewardship because we believed that what we have in this document today, that most of them have failed financial integrity test.

“That is why we want to officially submit it to the commission to assist in sanitising the Energy Commission,” he said.

He explained that some of the alleged financial mismanagement by the director-general included mismanagement of international-donor-funded projects under United Nations Development Programme (UNDP).

He also pointed out that mystery is surrounding about 1 million US dollars Lake Chad Basin Project funded by Africa Development Bank.

“Similarly, millions of naira have been budgeted and squandered under the National Energy Data Project.

“We are also pleading with Mr President to remove Prof. E.J. Bala from the Energy Commission because his reappointment is for five years.

“We also want to say that under his previous tenure there was no defined job schedules for members of staff and any form of mandatory career progression training required to bridge the large skills gap and manpower requirement to execute ENC mandate, among others,” he added.

Responding on behalf of the Commission’s Chairman, the spokesman, Mr Wilson Uwujare, assured the union that the petition would be given due attention.

“I want to assure you that the petition would be passed to the appropriate quarters and it would be given due attention.

“I also want to assure you that we have received this document and your message would be passed but we do not have the power to remove your director-general as we are not the appointing authority,” he said.(NAN)