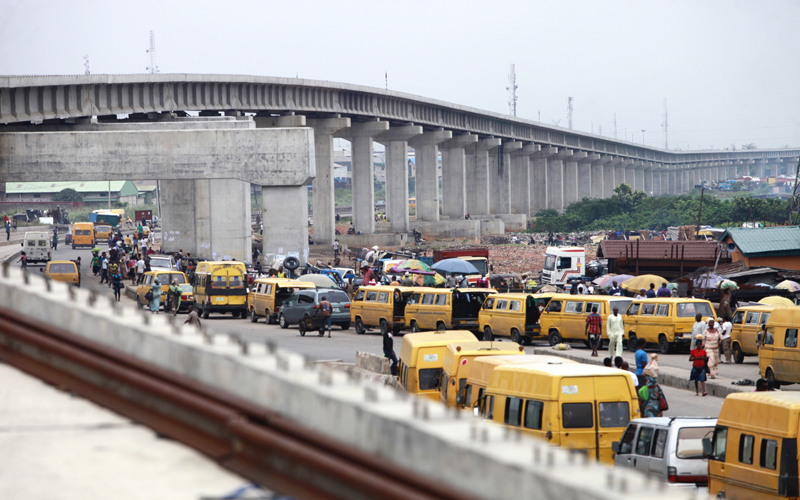 A cross section of commuters in Lagos State are angry over high transport fares, blaming drivers for not being considerate as the yuletide draws near.

The commuters told the News Agency of Nigeria (NAN) on Saturday in Lagos that it had become almost unbearable as the increase in fares were between 50 percent and more than 100 percent.

Joyce Obi, a commuter, who boarded a CMS-bound Toyota Hiace bus from Iju-Ishaga area of the state, said the fare had increased from N300 to N500.

“The way drivers are demanding huge sum of money to convey us from one place to another in Lagos is becoming something else.

“This means that whatever you intend to do will reduce because after spending so much on transportation, what will be left to buy other things?

“It is sad because they are not considerate at all, ‘’ she said.

Another commuter, who simply identified herself as Bolanle, said that she was forced to pay N200 from Oshodi to Ojuelegba, whereas it would have required her to part with N100.

Bolanle said: “I know that the traffic is a major cause of the increase but commercial drivers should consider our plight.

“There is no money anywhere. We are managing to make ends meet and we must go out to get things done.

Mr Dayo Ogunbode told NAN that it was unfortunate that he was forced to pay N800 from Oshodi to Abule-Egba on Friday evening.

“I paid N800 from Oshodi to Abule-Egba yesterday evening and now I will pay N500 from Abule-Egba to Oshodi whereas before now, I paid only N250, ‘’ he said.

A driver of the popular Danfo bus plying Abule-Egba to Oshodi, who identified himself as Kassim, said that it was not his fault because he had been spending longer hours on the road due to “hellish’ traffic. (NAN)