Some operators in the housing and construction industry on Friday congratulated President Muhammadu Buhari on his re-election, tasking him to approach the issue of housing, especially mass housing, with all seriousness. 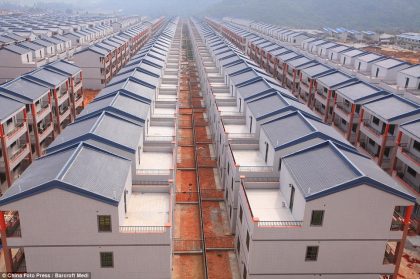 The experts told the News Agency of Nigeria (NAN) in Lagos that the president had not done much in tackling the nation’s housing shortfall which stood at 17 million in spite of his remarkable achievements in about four years.

NAN reports that Buhari, who ran on the platform of the All Progressives Congress (APC), scored 15.19 million votes to defeat his closest rival, Atiku Abubakar who got 11.26 million votes in Feb. 23 Presidential Election.

Adekanmbi said President Buhari should remember his campaign promise to make housing affordable to the people, noting that his administration did not do much in the period under review in that direction.

He pointed out that the huge deficit in the housing sector was worrisome and therefore stressed the need to address the matter with utmost urgency.

“Housing all over the world has come to be regarded as a major national issue which should be given concern particularly in a developing country like Nigeria.

“No government worth its salt will overlook the sensitive issue of housing as it concerns its citizens.

“President Buhari should without any further delay; take drastic action in the provision of mass housing for Nigerians who are in dire need of low-cost houses,” he said.

Mr. Markinde Ogunleye, former Chairman, Nigeria Institute of Town Planners (NITP), suggested that President Buhari should constitute a high powered committee to look into the problem bedeviling the housing sector with a view to fashioning out a road map for the sector.

“The committee should comprise of intellectual professional stakeholders in the built environment who can strategize on growing the sector,” he said.

Contributing, Mr. Olayinka Omotosho, former Chairman, Royal Institution of Chartered Surveyors (RICS), urged the government to allow more of the private developers to get involved in the process of driving the housing sector if it was desirable of tackling the housing shortfall.

“There are thousands of houses built in major cities of the country but they are not affordable to many Nigerians because the houses are built by profit-oriented private investors.

“All government needs do is to provide the enabling environment and other necessities, that will aid operation of the private operators.

“The government alone cannot provide the needed houses and infrastructure for the country.

“It needs the full participation of the private sector, through a well-programmed Public-Private Partnership (PPP) scheme,” he said.

Omotosho expressed optimism that the Buhari-led administration would not relegate the issue of mass housing to the background as it started the journey into its second term in office.