The Independent National Electoral Commission (INEC), says it has started the distribution of sensitive election materials for Saturday’s House of Assembly election in Bayelsa. 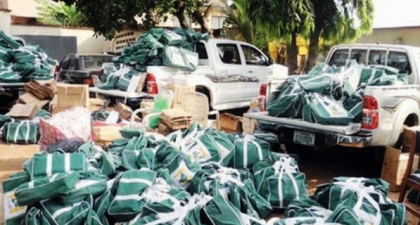 Mr Monday Udoh, the state’s Resident Electoral Commissioner (REC), made the disclosure on Thursday in Yenagoa, while addressing journalists on the commission’s readiness to conduct credible and acceptable election on March 9.

Udoh said that the distribution of the sensitive election materials to the various local government areas commenced on Thursday and would be completed before the end of Friday.

He warned against engaging in any violent act before, during and after the poll.

“The commission has made all necessary arrangements to ensure maximum security of lives and property across the state.

On the missing card reader machines, the REC said it has recovered additional two, bringing the total number recovered to 22, recalling that 69 machines were stolen.

The News Agency of Nigeria (NAN) reports that governorship election would hold in Bayelsa later in the year.