The Resident Electoral Commissioner (REC) in Kwara, Malam Garba Attahiru-Madami, says the commission has taken delivery of all sensitive materials for Saturday’s Governorship and House of Assembly elections. 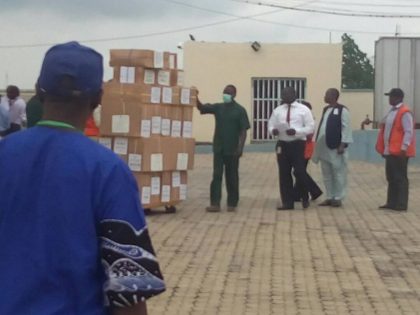 Attahiru-Madami told the News Agency of Nigeria (NAN) on Tuesday in Ilorin that all the sensitive materials were in the custody of the Central Bank of Nigeria (CBN).

He added that officials of the commission would commence sorting the materials on Wednesday in the open within the premises of the CBN.

The REC added that the sorting of sensitive materials would be done in the presence of representatives of political parties, security agencies, election observers and the media.

The REC said that after sorting the materials, they would be moved to the various local governments accompanied by armed security personnel.

Attahiru-Madami said nonsensitive materials like ballot boxes, ink, stamp pads, and other items had earlier been moved to the 16 local governments.

The REC added that all the sensitive materials would be kept at the Divisional Police Headquarters in each local government headquarters.

According to him, the sensitive materials would be moved to the 193 Registration Centres (RACs) on Friday evening where they would be sorted out according to various polling units in the open glare of representatives of political parties and security personnel.

Attahiru-Madami assured the people of the state that INEC would conduct credible and internationally accepted governorship and House of Assembly elections on Saturday.