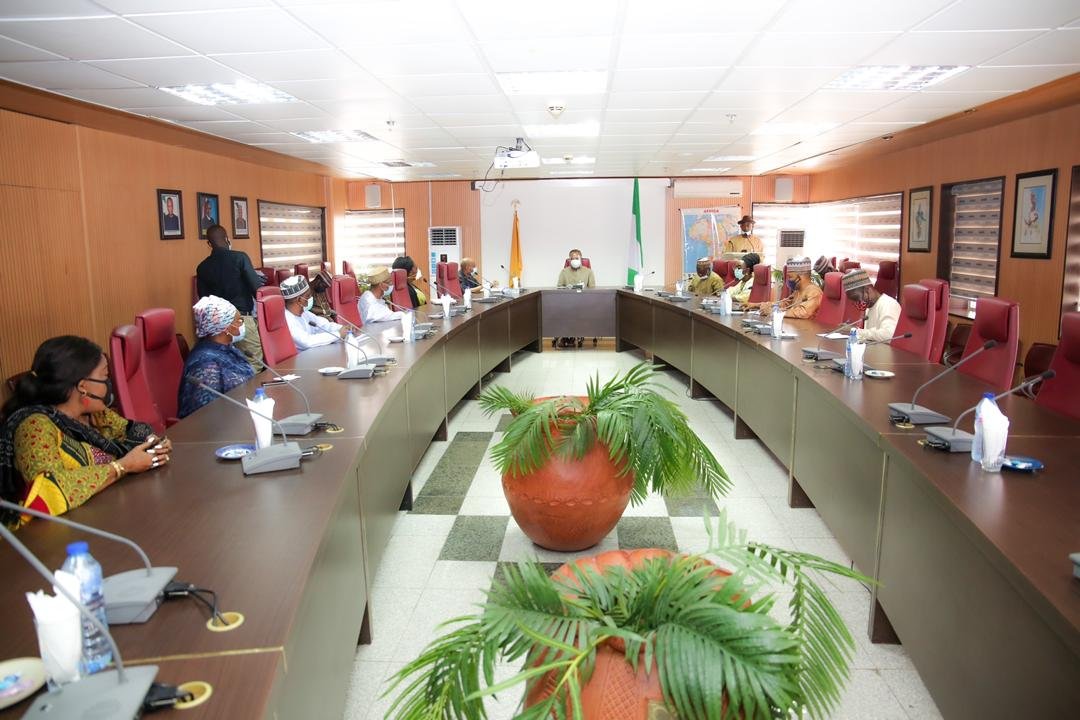 The Ministry of Foreign Affairs, the National Commission for Refugees, Migrants and Internally Displaced Persons (NCFRMI) and other stakeholders have strengthened their partnership towards the repatriation of refugees by the commission.

The commitment towards the repatriation of refugees from Niger Republic, Cameroon and Chad was made stronger during a courtesy visit by the Honourable Federal Commissioner, Repatriation: Foreign Affairs, Refugee Commission Strengthen Partnership, Senator Basheer Garba Mohammed to the Minister of Foreign, Goeoffrey Onyeama, at the ministry, yesterday.

Speaking during the visit, Senator Mohammed said, the purpose of the visit is to share with the minister the commission’s goals as it relates to repatriation of Nigerian migrants, especially those willing to return to the country as the commission intends to bring back many stranded refugees from Niger, Chad and Cameroon, and to do that, the commission will need to embark on a Tripartite Agreement with Niger and Chad, as there is already an existing agreement with Cameroon.

“The Commission has partnered with Borno state govt, where majority of the refugees in Niger and Chad are from. And as the State prepares accommodation for them, we have begun designing programmes around their reintegration and rehabilitation as a first step. And we hope to move this train together towards a successful repatriation, jointly with all stakeholders and partners”, Mohammed stated.

“Our 2020 focus as a Commission is to deliver on the return, reintegration and rehabilitation of all persons of concern, as we have approximately 2.8 million IDPs, 68,000 refugees, over 250,000 Nigerian refugees in the three countries. Our flagship project in its short and long-term phases will be to resettle all IDPs, returnees and refugees in the country by 2023. We have coined this project the Resettlement City Development Project and we aim to settle 2,000 in the year 2020”, he added.

The Commissioner thanked President Muhammadu Buhari for believing in him and his ideas to move the commission forward and then expressed gratitude to the minister of Humanitarian Affairs, Disaster Management and Social Development, Hajiya Sadiya Umar Farouq for her guidance and support in this regard. He further expressed appreciation for the minister for his support and cooperation to the commission too.

On his part, the minister said, the most important aspect of repatriation is bringing the refugees back to a safe and secured environment through military collaboration as well as putting strategies in place to make the returnees part of the solution through long term and sustainable resettlement plans.

He then commended Senator Mohammed for hitting the ground running on such an important and challenging position that affects such a large number of the populace. He further pledged his continuous support and assistance to the commission as well as the repatriation programme.