The Nigeria Labour Congress (NLC) has urged the Federal Government to desist from further contemplation, discussions and arrangements to concession major airports in the country.

Mr Ayuba Wabba, the NLC President said this in a statement on Tuesday in Abuja. 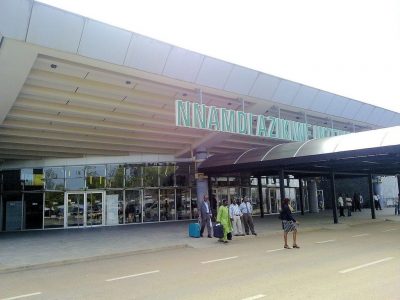 “It was with great alarm that we learnt of the renewed efforts by the Federal Government to concession Nigeria’s major airports.

“Nigerians may recall that the current concession drive of the present government did not start today. It has been part of the neo-liberal predilection of successive governments in Nigeria.

“It stretched from the military era up till the current democratic dispensation to deregulate, concession, and privatise critical national assets to their cronies and friends,” he said.

Wabba said the organised labour had identified this approach to governance as reactionary, predatory and self-serving.

“We rejected concession of our core national assets yesterday. We are rejecting it today!,’’ he said.

Wabba said that the unwholesome and unpatriotic attitude of giving away the country’s prized national property to private sector operatives was not only unjust and immoral but also in ultra-violations.

The NLC president said that this violates Chapter 2, Section 16 of the 1999 Constitution of the Federal Republic of Nigeria on the Fundamental Objectives and the Directive Principles of State Policy.

“The policy states that the Nigerian government must manage and operate the major sectors of the economy and ensure that our economy is not operated to permit the concentration of wealth or the means of production and exchange in the hands of few individuals or of a group.

“It is important to note that when our airports, especially the ones earmarked for concession were in states of eye sore and dilapidation, private capital did not invest towards their rehabilitation.

“It would be a grand insult to the collective intelligence of the Nigerian public for the Federal Government to invest a lot of public funds into the reconstruction and rehabilitation of our airports and then hand them over to private sector players for profit maximisation and at the expense of the tax paying public.

“This is unjust. It is immoral. This cannot stand, ” he said.

Wabba therefore said that apart from the haemorrhage to government revenue that the concession portends, Nigerian workers were concerned over the security of their jobs.

“Our experience in the past had been that of massive layoff of workers once private sector players get the concession on national assets.’’

He noted that the reason was to overt profit maximisation, saying that as very few workers would be engaged as slaves to do the work that many workers would ordinarily be required to do. Organised Labour would resist this.

“As far as we are concerned, there is no compelling reason for the Federal Government to gift away our national airports to private companies to manage. We are sure that no responsible government wants to be seen in this light.

“The failures of private sector intervention in our public electric and telephone services speak volumes of the inherent danger in using public assets to service private interests or massage the ego of those in the corridors of power.

“The truth remains that once public workers are properly motivated, trained, capacitated and given the enabling work environment; there are no limits to what they can achieve, ” he said.

He further called on government to be committed to allowing the professionals do their job without undue interference and to ensure optimum maintenance standards.

He advised government to enforce rules in the public procurement process, adding that the workers were more than capable to maintain and manage “our national assets’’.

“Organised labour in Nigeria warns the Federal Government to desist from further contemplation, discussions and arrangements to concession our international airports.

“We call for social dialogue between government and labour on this.

“Organised labour and the entire Nigerian working class will resist any attempt to unilaterally concession any of our public airports.

“Thus undermining the directive principles and fundamental objectives of our national constitution which is actually the fulcrum upon which our collective identity and aspiration rests.

“We will not give up or surrender our public assets to a few well-connected Nigerians, regardless of how powerful they think they are,” Wabba said.(NAN)