Northern Traditional Rulers meet on state of the Region 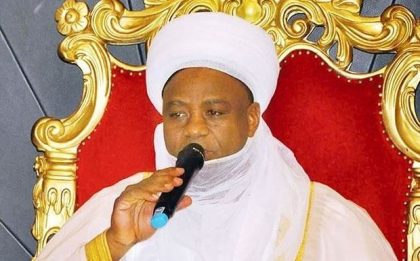 Northern Traditional Rulers across the Nineteen States of the Country are currently meeting to discuss burning issues affecting parts of the Region with defined line of agenda on Security, Economy and Social wellbeing of the three Geopolitical zones of the Country.

The meeting which is presided over by the Sultan of Sokoto Muhammad Sa’ad Abubakar the Third also had in attendance the Chairman Northern Governors Forum and Governor of Plateau State Simon Bako Lalong, comptroller General of Customs Hameed Ali, Former Chief of Army Staff General Martin Luther Agwai and the Former inspector General of Police Mohammed Abubakar.

Far reaching solution based resolutions on number of issues bedeviling the Region are expected at the end of the level engagement.