The War Against Corruption Knows Neither Friend Nor Foe ~Presidency

The presidency has stated that there was no secret pact between President Buhari and former President, Jonathan to exclude the ex-president from being probed by his administration. 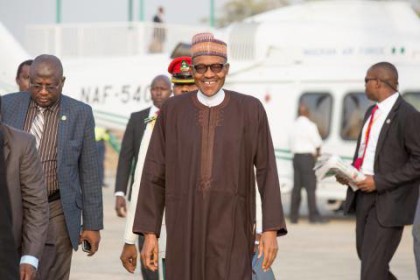 Special adviser to the president on Media and Publicity, Femi Adesina also noted that the Economic and financial Crimes Commission, EFCC, is free to investigate any one, including ex-president Jonathan for corruption.

He affirmed that the war against corruption knows neither friend nor foe.

“One thing very clear from the way he has carried on with the war against corruption is that past officials of government have a window to return looted funds to avoid investigation and trials which may be drawn out and sometimes inimical to the exercise.

“People can help themselves and help the country without being noisy about anything.

“The President is aware that he is under watch, locally and internationally, in his handling of the war against corruption.

“Whatever international support he will get will depend on how open and effective his government is in carrying out the anti-graft war.

“To that extent, the war against corruption knows neither friend nor foe.”