The Nigeria Air Force (NAF) has paid back N19.44 billion to the Stabilisation Account, a sum which it borrowed to fund some of its key operations.

The Air Force repaid both the principal amount and accruing interest in three instalments.

The repayments were in three tranches; N9.5 billion, N7.9 billion and N2.04 billion.

A serving Commissioner with the Revenue Mobilisation Allocation and Fiscal Commission (RMAFC), who was privy to the repayments, had reportedly informed members of Federation Account Allocation Committee (FAAC) at their last meeting in Abuja

It was gathered that the account into which the repayments were made were not meant for sharing by the three tiers of government. The account is one of several accounts under the control of FAAC.

The revenue sharing laws provide that 0.5 per cent of funds accruing to the Federation Account should be remitted to the Stabilisation Account.

At the peak of crude oil harvest in 2010, the Stabilisation Account had balances of about N120 billion as of August 2010, but was depleted to N37 billion by October 14.

The funds were allegedly withdrawn for activities of the FAAC, the National Council on Finance and Economic Development (NACOFED) and the Consolidated Revenue Fund Charges (CFR), consumer car finance scheme, police peace keeping mission in Haiti, and Independent National Electoral Commission (INEC), among others.

The immediate past Goodluck Jonathan administration made withdrawals in different instalments between September 2010 and May 2011 for various expenditures, including loans to the police and funding of committees. 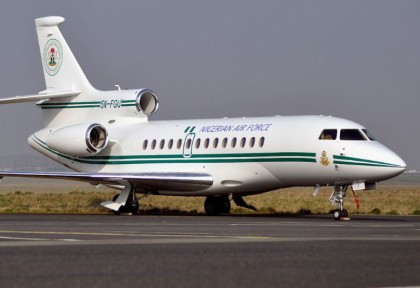 Findings revealed that the Federal Government allegedly withdrew over N75 billion in September 2010 alone. On September 1 and 15, the government withdrew N40.5 billion and N35.5 billion, which were purportedly “released to CFR as loan to fund INEC for 2010 general elections.

Another N11.3 billion was withdrawn on October 13 and “released” to INEC as loan for the same election.

The stabilisation account rose to about N36 billion between January to May 2011, only to be depleted again to N11 billion. About N400 million was withdrawn as funding for the activities of FAAC and NACOFED between January and May 2011.

Also, N150 million was withdrawn through five memos on the same day. Another withdrawal was made on January 26, 2011 of N255 million as “funding for NACOFED and FAAC Activities for 2011.”

Meanwhile, members of FAAC have expressed satisfaction with revenue performances of some revenue generating agencies on their 2015 operations.

The commendation came after the presentation of performance evaluation report on revenue generating agencies of government by FAAC special committee.