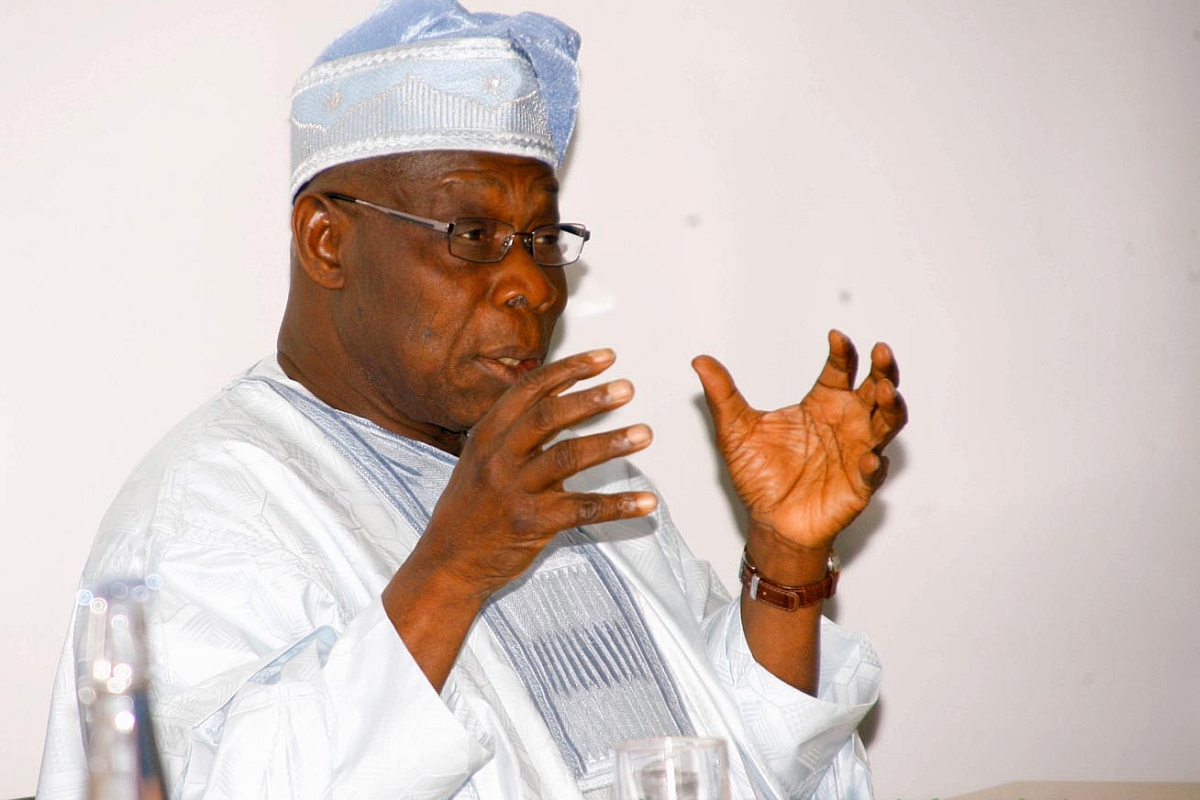 A former President, Chief Olusegun Obasanjo, urged the Federal Government to promote the use of Compressed Natural Gas (CNG) and Liquefied Petroleum Gas (LPG) in the country.

Obasanjo made the plea during a courtesy visit by the management of NIPCO Plc to Obasanjo Hilltop Estate in Abeokuta, on the need by the the Federal Government to promote use of CNG as a vehicular fuel.

CNG is a natural gas under pressure which remains clear, odourless, and non-corrosive.

According to Obasanjo , in a bid to promote cleaner environment, the idea why the use of CNG was signed during my tenure as the President in 2006, was to develop gas as a vehicular source of fuel.

Obasanjo said that aside from the economic gains, CNG targeted reduction of unfriendly automobile emissions and exposure of Nigerians to the innovation of powering vehicles on gas.

Venkatapathy said that globally, the natural gas industry was increasing its focus and efforts to support natural gas transport.

He said that the CNG project was between the Nigerian National Petroleum Corporation (NNPC) and NIPCO, through a joint-venture scheme called Green Gas Ltd.

Venkatapathy explained that the initiative, which is the first of its kind in West Africa, is ushering in a new era of vehicles running on the CNG in Nigeria with its attendant benefits

According to him, to replace 20% of current petrol consumption of Nigeria, Natural gas required is less than 5% of the total domestic gas consumed currently and less than one percent of the current gas production.

“This will save the country over two billion dollars yearly in foreign exchange.

“In Benin City, Edo State, over 4,000 vehicles run on CNG which resulted in replacing 20 million litres of petrol from 2012 to 2015 and which also saved over nine million dollars for the country,’’ he said.

“I converted my bus to gas early this year and I am happy to tell you that I saved up to N3,500 daily on my fuel consumption.

“Most of us here have converted our vehicles to CNG because of the installment payment created by the company.

“They are aware that we cannot run away once you got converted.

“What we would have used on petroleum is being used to balance our debt. By next month, I would have completed my debt,” he said.

Adeyemi said that he used the opportunity of having CNG in his vehicle during the period of petrol scarcity to make more money.

“When others did not get petroleum for transportation during the fuel scarcity, I was busy making money because gas was available and cheaper,’’ he said.