Buhari To Save $10 Billion Annually From Fuel Import 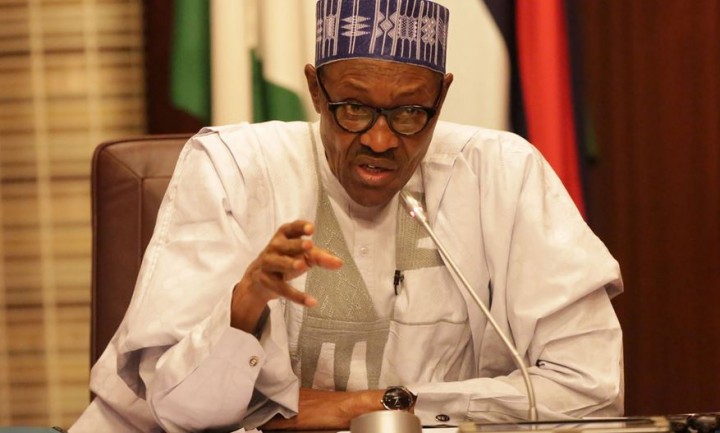 Ismaila Chafe: President Muhammadu Buhari on Saturday said Nigeria would be saving 10 billion Dollars annually from importation of petroleum products as the nation’s four refineries would soon be fully repaired.

The president disclosed this in a nationwide broadcast to mark the nation’s 56th Independence Anniversary on Saturday.

The President frowned at the situation where half of the nation’s foreign exchange earnings were being spent on importation of petroleum and food items.

He attributed the current socio-economic hardship being experienced in the country to inability of the previous administrations to save for the “rainy days’’.

“Historically about half our dollar export earnings go to importation of petroleum and food products, Nothing was saved for the rainy days during the periods of prosperity.

“We are now reaping the whirlwinds of corruption, recklessness and impunity.

“There are no easy solutions, but there are solutions nonetheless and government is pursuing them in earnest.

Buhari said his administration’s economic revival strategy was centred on the Ministry of Power, Works and Housing.

According to him, the ministry will lead and oversee the provision of critical infrastructure of power, road transport network and housing development.

He said power generation in the country had steadily risen since his administration came on board from three 3,344 megawatts in June 2015, to a peak of 5,074 megawatts in February.

“For the first time in our history, the country was producing five thousand megawatts.’’

He, however, lamented that renewed militancy and destruction of gas pipelines had continued to cause acute shortage of gas and constant drop in electricity output available on the grid.

The president also noted an appreciable improvement in power transmission between June 2015 to September 2016.

He attributed the incidents to vandalism by Niger Delta militants.

“As I have said earlier, we are engaging with responsible leadership in the region to find lasting solutions to genuine grievances of the area but we will not allow a tiny minority of thugs to cripple the country’s economy.

“In the meantime, government is going ahead with projects utilizing alternate technologies such as hydro, wind, and solar to contribute to our energy mix.

“In this respect, the Mambilla Hydro project, after many years of delay is taking off this year.’’

According to the president, contract negotiations for the Mambilla project are nearing completion with Chinese firms for technical and financial commitments.

He said the project would be jointly financed by Nigeria and the Chinese-Export-Import Bank.

“Hence, the plan to produce 1,200 megawatts of solar electricity for the country will be realized on schedule,’’ he said.