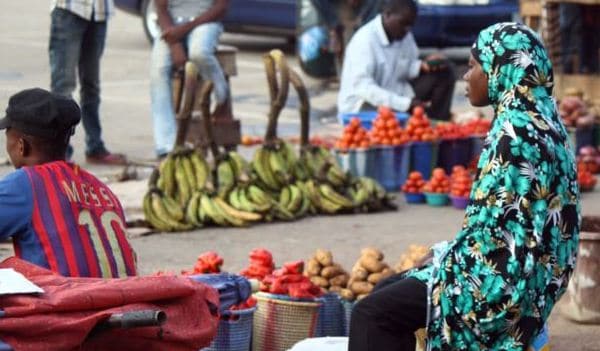 IMF: Nigeria Projected To Be Out of Recession By 2017

The effect of economic recession on Nigerians is no longer news. The state of the economy is not a subject we like to talk about, prices of goods and services go up weekly at the rate they would have every three years. If the latest World Economic Outlook(October 2016) from the International Monetary Fund(IMF) turns out to be accurate, Nigeria’s economy is projected to be “out of the woods” come 2017, with an expected growth of 0.6%.

According to IMF, activity weakened in sub-Saharan Africa, led by Nigeria, where production was disrupted by shortages of foreign exchange, militant activity in the Niger Delta, and electricity blackouts. Momentum in South Africa was flat, despite the improvements in the external environment—notably stabilization in China. Elsewhere, resilience in Côte d’Ivoire, Kenya, Senegal, and Tanzania partially offset generally softer activity across the region. 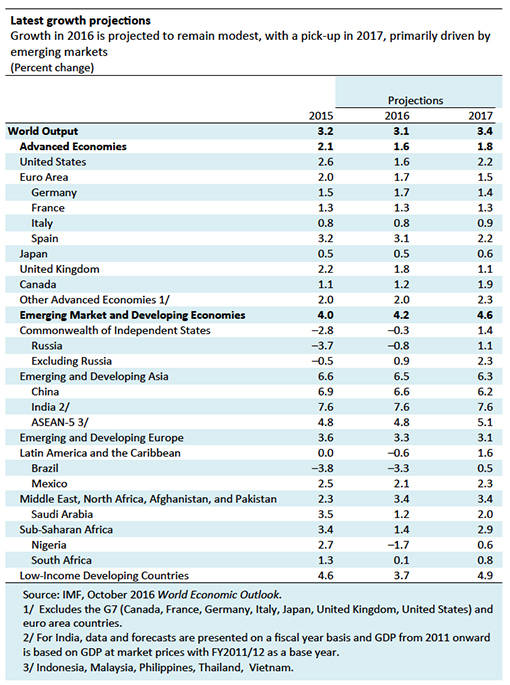 According to the review in September, the current economic recession will outlast 2016, with a Gross Domestic Product (GDP) contraction of 1.7 per cent. The country last witnessed a recession, for less than a year, in 1991, and experienced a prolonged one that started in 1982 and lasted until 1984.

Inflation is currently at 17.2%, the highest in a decade.  According to TradingEconomics.com and National Bureau of Statistics, Core Inflation Rate in Nigeria increased 17.20 percent in August of 2016 over the same month in the previous year.

According to IMF, growth in emerging market and developing economies is expected to strengthen slightly in 2016 to 4.2 percent after five consecutive years of decline, accounting for over three-quarters of projected world growth this year. The outlook for these economies is uneven and generally weaker than in the past. These include a slowdown in China, whose spillovers are magnified by its lower reliance on import- and resource-intensive investment; commodity exporters’ continued adjustment to lower revenues; spillovers from persistently weak demand in advanced economies; and domestic strife, political discord, and geopolitical tensions in several countries. While growth in emerging Asia and especially India continues to be resilient, the largest economies in sub-Saharan Africa (Nigeria, South Africa, Angola) are experiencing sharp slowdowns or recessions as lower commodity prices interact with difficult domestic political and economic conditions.

The projected IMF projected increase in global growth in 2017 to 3.4 percent hinges crucially on rising growth in emerging market and developing economies, where the waning of downward pressures on activity in countries in recession in 2016 such as Brazil, Nigeria, and Russia is expected to make up for the steady slowdown in growth in China.