Dangote: Staff Retrenchment is Not Due To Nigeria’s Recession

NAN: Dangote Group of Companies has denied reports that the disengagement of 36 expatriate and 12 Nigerian workers from the company was due to economic recession in the country,

Mr Tony Chiejina, its Head of Corporate Affairs, told the News Agency of Nigeria (NAN) in Lagos on Monday that the expatriates were disengaged because of job overlap.

He said the 12 Nigerians that were affected were in the procurement department whose services were now redundant due to growth in the company.

Chiejina said that in spite of the recession, the Dangote group has been expanding its operations into oil and gas, rice and Diary projects, fertiliser and petrochemicals, among others. 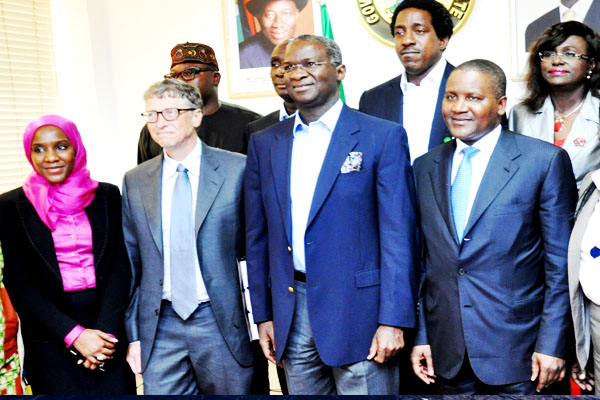 According to him, this expansion would create more employments in the company.

He said that the current recession has been a challenge to the company as it strives to impact more favourably on the Nigerian economy.

Reports earlier today quoted a letter signed by the Chairman of the company, Aliko Dangote explaining the reasons for the job cuts.

The letter which spoke about the challenges in the Nigerian economy and especially the scarcity of foreign exchange read:

“This year has been a very challenging year for us as a business. The unavailability of foreign exchange coupled with an unprecedented hike in the exchange rate has resulted in increased costs across the organisation.”

“This called for a proper review and adjustment of our costs across the board to ensure efficiency and effectiveness in the deployment of our factors of production in a bid to eliminate redundancies that we know exist, which resulted in some tough decisions, which means losing staff, including some of our colleagues.

“On Friday, October 14, 2016, we began the process of staff cutbacks as it is imperative to review our human capital deployment for the required cutbacks that would ensure efficiency and eliminate redundancies in the allocation of human resources.