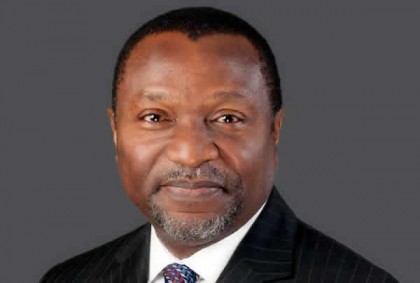 The 2017 Budget, which is soon to be submitted for National Assembly consideration, is targeted at stimulating private sector investment and fast-tracking the exit of the economy out of recession.
The renewed emphasis on stimulating private sector investment is predicated on Government’s belief that it is only by partnering with the private sector that the economy can be propelled out of recession and onto the path of sustainable growth.
Minister of Budget and National Planning, Senator Udoma Udo Udoma gave the indication on Monday in Lagos at a breakfast interaction with Chief Finance Officers of top private sector corporate entities, facilitated by KPMG Consulting.
Senator Udoma told the gathering that “the good news is that the Budget is almost ready. We are almost through with our consultations with the National Assembly on the Medium Term Expenditure Framework and the outlines of the 2017 Budget, and will soon be submitting it to the National Assembly for their consideration”.
Noting that Budget is one of the most important instruments of achieving economic objectives of Government, the Minister explained that in setting out the spending plan and other priorities of Government, the annual budget plays an important signaling role for private economic actors, whose activities ultimately determine the health of the economy.
He said government has identified a number of short-term recovery initiatives and has also worked out a long-term growth plan, all of which have been incorporated in the National Economic Recovery and Growth Plan (NERGP), and part of which has been considered in the preparation of the 2017 Federal Government Budget.
This NERGP, according to him, will present a coherent summary of Nigeria’s short and medium-term economic plans for the period 2017-2020. “In other words, by putting government strategies, directions, policy priorities and intended initiatives in one place, other stakeholders are better able to take their own strategic economic decisions”.
The sharp decline in oil prices, loss of up to 1.1 million barrels per day in crude oil production due to sabotage and the consequent low power supply due to shortage of gas supplies to electric power stations sent a triple shock through the economy.
“Quite unlike the situation in 2008, the economy has not been so easily able to shrug-off the triple shock.  At that time Nigeria had significant fiscal and external buffers to withstand the exogenous shocks and internal haemorrhage as our foreign reserves, and savings in the excess crude account, amounted to well over US$ 50 billion.
“This time around, our over-dependence on oil for foreign exchange and revenue earnings and an import dependent consumption model has been laid bare by the lack of fiscal buffers.
“The lessons we can draw from the recent past is that it is important to build up fiscal buffers, undertake an aggressive investment driven model and diversify from our reliance on oil and gas for foreign exchange earnings and government revenue.”
Consequently government is committed to building sustainable fiscal buffers, a decision signposted by what the Federal Government has sought to do in the context of the actions it has taken this year, he said.
“We have made our immediate priority to stimulate and revitalise the economy. We are constantly looking at ways to develop and build social safety nets to mitigate the effects of currency weakness and re-pricing of petroleum products.  Hence our social investment programmes”.
Among other actions, the Minister said government has taken a decision to avoid laying off workers and is focusing instead on increasing non-oil revenues and ensuring greater transparency and efficiency in the use of available resources, as well as improving inclusion with the social intervention programmes.
Furthermore, government has adopted a targeted approach with respect to capital expenditure to ensure that budgetary releases are consistently made to sectors like infrastructure, agriculture and others whose activities have the capacity of driving economic growth and fostering job creation.
Pointing out that crude oil will continue to play a decisive role in getting the country out of oil dependence, the Minister said government is determined to restore the health of the oil industry.
“With regard to oil production, we have intensified the use of dialogue to reduce the disruptions to oil production in the Niger Delta. We have also just negotiated a new arrangement with our joint venture partners in which we are exiting cash calls. This will lead to enhanced and improved oil production and the Minister of State, Petroleum Resources, has indicated that with this major reform, which will become operational by January 2017, we should be expecting investments of over US$15 billion in the oil sector”.
He reiterated government’s desire to access some foreign borrowings at concessional terms for budget support, enhancement of investment in infrastructure, to return the economy to growth path and also to drive additional revenues to fund the incremental debt burden.
Explaining why sole reliance on domestic borrowing is unwise, he said excessive domestic borrowing drives up interest rates and crowds out the private sector. “The infrastructure investment is expected to catalyse private capital into infrastructure and drive productivity and economic growth” he added.