FG Expects Better Economic Outlook for Second Half of 2016

Jide Onifade: The just released GDP figures for the 2016 Second Quarter by the National Bureau of Statistics indicates a further growth in agriculture and the solid mineral sectors while confirming a temporary decline, has also indicated a hopeful expectation in the country’s economic trajectory. 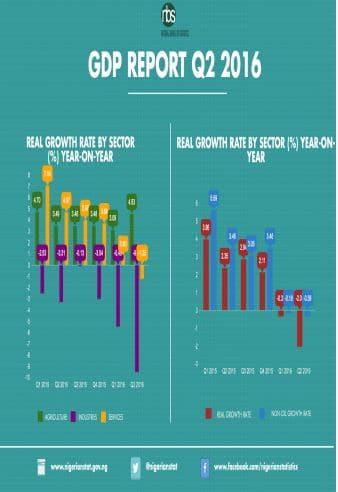 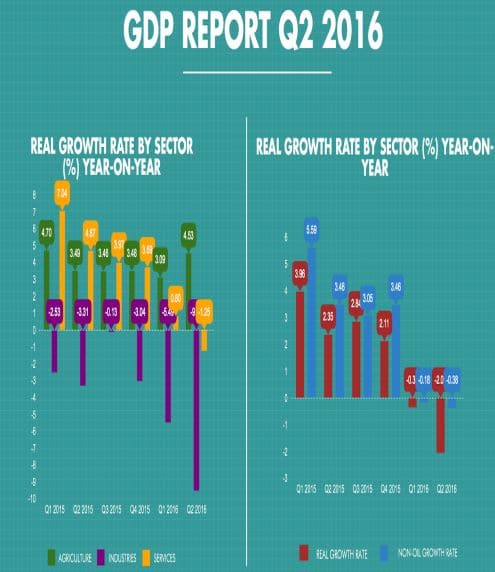 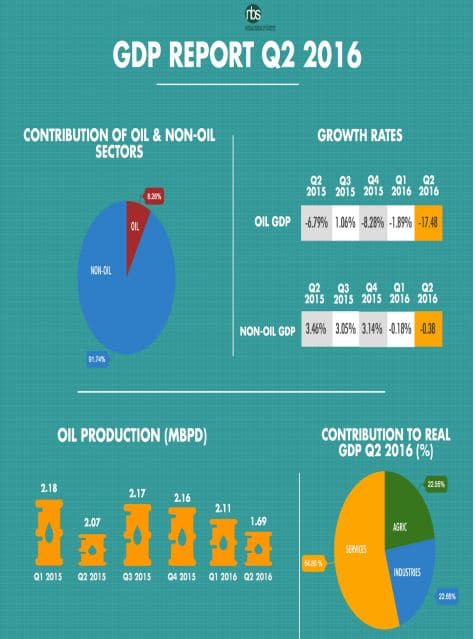 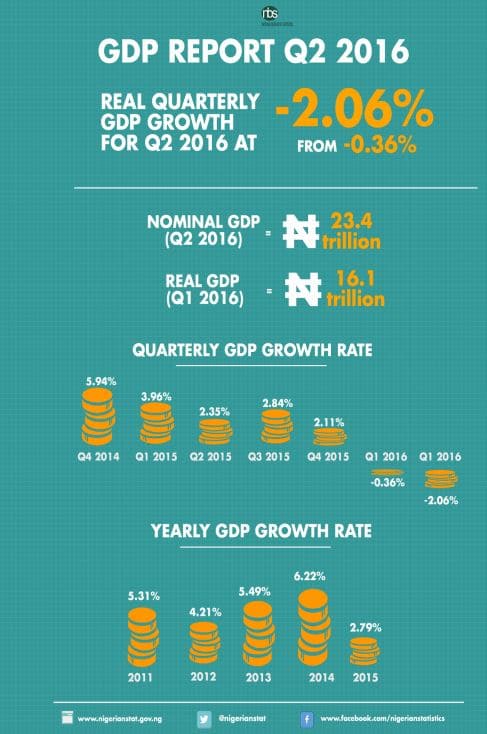 Besides the growth recorded in the agriculture and solid mineral sectors, the Nigerian economy in response to the policies of the Buhari presidency is also doing better than what the IMF had estimated with clear indications that the second half of the year would be even much better.

A statement by the Special Adviser to the President on Economic Matters, Dr. Adeyemi Dipeolu on the latest National Bureau of Statistics said the Buhari presidency will continue to work diligently on the economy and engage with all stakeholders to ensure that beneficial policy initiatives are actively pursued and the dividends delivered to the Nigerian people.

The just recently released data from the National Bureau of Statistics showed that Gross Domestic Product declined by -2.06% in the second quarter of 2016 on a year-on-year basis.

A close look at the data shows that this outcome was mostly due to a sharp contraction in the oil sector due to huge losses of crude oil production as a result of vandalisation and sabotage.

However, the rest of the Q2 data is beginning to tell a different story.  There was growth in the agricultural and solid minerals sectors which are the areas in which the Federal Government has placed particular priority.

Agriculture grew by 4.53% in the Second Quarter of 2016 as compared with 3.09% in the First Quarter.  The metal ores sector showed similar performance with coal mining, quarrying and other minerals also showing positive growth of over 2.5%.  Notably also, the share of investments in GDP increased to its highest levels since 2010, growing to about 17% of Gross Domestic Product.

The manufacturing sector though not yet truly out of the woods is beginning to show signs of recovery while the service sector similarly bears watching.

Nevertheless, the data already shows a reduction in imports and an increase in local produced goods and services and this process will be maintained although it will start off slowly in these initial stages before picking up later.

The inflation rate remains high but the good news is that the month-on-month rate of increase has fallen continuously over the past three months.

Unemployment remains stubbornly high which is usually the case during growth slowdowns and for reasons of a structural nature.

The picture that emerges, barring unforeseen shocks, is that the areas given priority by the Federal Government are beginning to respond with understandable time lags to policy initiatives.  Indeed, as the emphasis on capital expenditure begins to yield results and the investment/GDP numbers increase, the growth rate of the Nigerian economy is likely to improve further.

As these trends continue, the outlook for the rest of the year is that the Nigerian economy will beat the IMF prediction of -1.8% for the full year 2016.

The IMF had forecast a growth of -1.8% for 2016, however the economy is performing better than the IMF estimates so far. For the half year it stands at -1.23% compared to an average of -1.80% expected on average by the IMF.

What is more, it is likely the second half will be better than the first half of 2016. This is because many of the challenges faced in the first half either no longer exist or have eased.