Size of Nigeria’s Economy To South Africa’s Does Matter 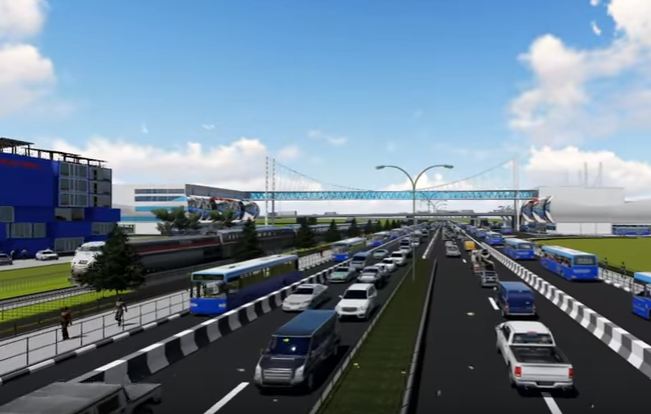 New Oshodi Terminus as being Developed by the Lagos State Government

Nigeria recently lost the heavyweight title of Africa, and many experts have been divided on the pros and cons. We all assume the size title affects where and how the investment money flows. According to an opinion piece from Aubrey Hruby on Newsweek:
Nigeria is used to making big headlines — it has Africa’s biggest population, Africa’s biggest film industry, and Africa’s biggest bravado.

But in August, Nigeria made the news for being smaller – Nigeria lost its crown as the largest economy in the region to South Africa after the International Monetary Fund (IMF) recalculated the sizes of the two economies using current exchange rates. The news was capped by the announcement on August 31 that Nigeria had officially entered recession after its economy contracted for the second consecutive quarter.

The competition for the title of largest African economy will continue to see-saw and stir economic rivalry. But as Morten Jerven, the author of Africa: Why Economists Get It Wrong, cautions: “We know much less based on these GDP numbers than what we would like to think. These are soft estimates, and to compare one to the other is certainly meaningless. For decades no one could care less about the size of the GDP or the accuracy of these estimates. For the past years we get one news story after the other of this suddenly being bigger than the other.”

The real story is not which country is surging ahead, but rather how slow both are growing. With the recent floatation of the Nigerian naira and the trials of the South African rand, however, the two economies are now practically equals in an elusive quest for growth.

In South Africa, some experts are now predicting that the rand will have a sharp fall again before the end of 2016. Unemployment is still high at 26.6 percent, even though it fell very slightly during the last quarter. Many households are under financial pressure, and retail sales have slowed. The South African Reserve Bank has forecast zero percent growth for 2016. The only hope for preventing a negative slide is the mining and manufacturing sectors.

Nigeria, for its part, remains burdened by rapidly declining government revenues due to low oil prices—an issue that is part of a vicious cycle of renewed militancy in the Niger Delta , ongoing security challenges in the northeast, an inflation rate that reached 16.5 percent in June ( an 11-year record ), and investor uncertainty.

Given this situation, the debate over whether or not Nigeria ultimately holds the title of largest economy is nothing more than a distraction from troubling economic realities. The IMF now predicts that the Nigerian economy will contract by 1.8 percent in 2016, despite population growth of 2.67 percent. Instead of debating relative size, Nigerian officials and those with business interests in the country need to focus on working through the short-term economic pain of much-needed reforms. Now is the time to lay the foundation for a more sustainable, diversified long-term period of growth. Thankfully, the administration of Nigerian President Muhammadu Buhari appears prepared to make difficult reforms in the face of undeniable economic distress.

ALSO READ: Recovered loot Is Not Enough To Revive The Economy

In order to break the immediate budget crunch and spend its way out of recession, Nigeria will likely have to borrow from international markets. On the surface, the country seems well-positioned to borrow—it has a low debt-to-GDP ratio, hovering around 11.5 percent as of December 2015, significantly less than those of South Africa (50.1 percent), Brazil (66.23 percent), and India (67.2 percent)—but existing debt service has already become difficult. The Debt Management Office announced in March that it expected to have to use 35 percent of government revenue to service debt. Continued low revenue levels stemming from the oil slump combined with the high costs of government salaries constrains traditional economic stimulation through spending without Nigeria being willing to borrow at a higher than anticipated rate.

ALSO READ: Economic Recovery: We’re Learning From The Diversification Of The Iranian Economy

Mobilizing revenue domestically has become a priority. A combination of import substitution, tax reform, trade facilitation and encouraging Nigerian naira-rich banks to invest in non-oil productive industries will conserve foreign exchange, create jobs and diversify government revenues in the medium term. In April, President Buhari put an emphasis on cutting food imports, stating: “Our bill for the importation of food and dairy products is very high. We want to cut it as much as possible by developing our local potentials.” One example among many is tomatoes: Nigeria is currently the largest producer of tomatoes in sub-Saharan Africa, but also the largest importer of tomato paste. Investments in infrastructure, particularly in storage and distribution, will help to make it easier to create value-added products locally. Boosting local investment will be more helpful than restrictive import policies.

Improving tax collection is also critical: in 2013, 75 percent of registered firms refused to pay taxes, and 65 percent of registered taxpayers had not filed returns in the previous two years. In terms of tax to GDP ratios, Nigeria ranks at an abysmal 3.1 percent while Kenya has remained above 15 percent for over a decade. But Lagos state has shown dramatic progress is possible, increasing its tax revenue by more than 800 percent since 2003 and using internally generated revenue for 75 percent of its budget.

Focusing on how to extend Lagos’s success is far more productive than falling back on the overall relative size of the Nigerian economy in Africa. While it is true that Nigeria has weathered economic crises before, the country should not have to wait until an uptick in oil prices saves it from slow growth as happened in 1974, 1987, 1995-1997, and 2007. This time around difficult reforms will hopefully combine with the country’s resilient, entrepreneurial spirit to set Nigeria on a new, more sustainable path to growth.

NEWER POSTSaraki urges FG and States to transfer Teacher’s Salaries to Capital Expenditure
OLDER POST“Times are tough, but we are a tough people too”, Saraki on Economic Recession and Eid-el-Kabir