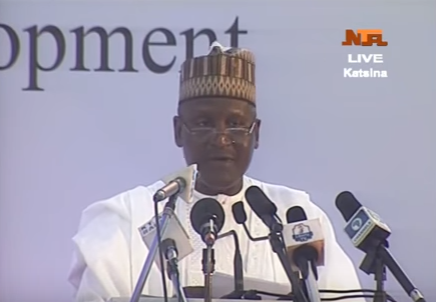 Nigerian recession has a simple solution according to Africa’s richest man, Aliko Dangote.

In an interview with CNBC, he has advised President Muhammadu Buhari to embark on a wave of asset selling to boost the recession-hit economy.

“I think it’s an easier route than the IMF (International Monetary Fund) or the World Bank to borrow money, because what you need to do is actually to beef up the reserves.” Aliko Dangote made the statement before Nigeria’s credit rating was downgraded to B from B+ by S&P Global Ratings on Friday.

Also Read: Emir of Kano, Sanusi comments on Nigeria’s recession and way out

“Nigeria’s economy has weakened more than we expected owing to a marked contraction in oil production, a restrictive foreign exchange regime and delayed fiscal stimulus,” S&P said in a report on the downgrade.

Also Read: What you need to know about Nigeria’s Economic Recession and How to Brace Yourself

Nigeria’s economy is set to contract on an annual basis in 2016 for the first time in 21 years, with its all-important oil industry suffering under weak global prices. The country’s gross domestic product (GDP) dropped by 2.06 percent in the second quarter of 2016, after falling 0.36 percent in the previous three months.

Also Read: “Times are tough, but we are a tough people too”, Saraki on Economic Recession