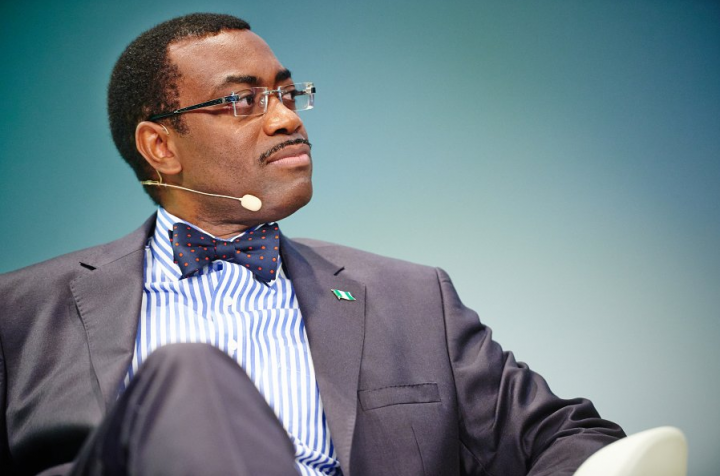 Donald Ugwu(Abuja): The President of the African Development Bank (AfDB), Dr Akinwumi Adesina, has dispelled the fears being expressed in some quarters about the country being in debt crisis.

He made the clarification while addressing State House Correspondents after a delegation of the bank met with Vice President Yemi Osinbajo and the Economic Management Team (EMT).

“So there is no debt crisis in Nigeria, what you have is a liquidity problem and we are trying our best to be able to help the country to solve that to be able to drive down inflation.

Adesina said the country was facing tough times but added that it was not in debt crisis but rather having liquidity problems.

“We are here to provide very strong support for the Nigerian government.

“Let me just say that Nigeria has tough times but Nigeria is not falling apart.

“When people talk about debt crisis, Nigeria is not in a debt crisis.

“If you look at the fiscal deficit of this country with regard to the GDP, it is just about 3 per cent or 3.5 percent; it is still below the 5 per cent for the Fiscal Responsibility Act.

“If you look in terms of the debt to GDP ratio for Nigeria, it is 15 per cent.

“So there is no debt crisis in Nigeria, what you have is a liquidity problem and we are trying our best to be able to help the country to solve that to be able to drive down inflation.

“To be able to also make sure that working with the government, they provide the necessary incentives to the private sector because to come out of recession needs more than government.

“It needs the private sector, so incentives are going to be very important.

“The Minister of Finance talks of all raft of incentives they are going to give and I think that is the right direction.

“Am I happy to be here? I just want to say that Nigeria is not falling apart; I think we are here to support Nigeria.

“Nigeria will come of this as a better more diversified and more resilient economy than it went through recession. I believe that.’’

The AfDB president said the organization was not a fair weather friend of the country but was there to provide very strong support for the Federal Government.

The Finance Minister, Mrs Kemi Adeosun, said that the Federal Government was elated to receive the Nigerian head of the AfDB, describing him as one the country was proud of.

She said the government would work in synergy with the AfDB to grow the economy of the country.

“I think what has been a great relief to us in the Economic Management Team (EMT) is the amount of synergy between what we are trying to do and what the AfDB repositioned and Dr Adesina is focusing on.

“And most of the sectors and the specific programmes that the bank has and all the various areas that we feel that we want to focus on for the growth of the economy.’’

The minister said that the Federal Government was looking at the assistance from the $1 billion budget support.

She said that beyond that there were a number of loans and initiatives around agriculture, job creation for youths, solid minerals, women empowerment and women access to finance for small and medium scale enterprises.

Adeosun said the programmes were key targets of the EMT and also what the administration was interested in delivering.

The minister described the bank as a great partner and supporter, adding that the government was confident that the bank was providing the administration with technical support in various areas of economic recovery.

NEWER POSTAdeosun: Nigeria In Talks To Get $1 Billion From AFDB
OLDER POSTAREWA: Recession Cannot Be Fully Addressed Through Assets Sales