· Solar Unit Distribution Programme (SUDIP) will provide up to 12MWs, 6,000 jobs and impact at least 60,000 persons, he says
· Advocates that programme be taken to the street level to make the people understand and connect with it
· A new economy is possible and people must understand that this isthat new economy – Minister

As the nation plans to inaugurate the first African Sovereign Green Bond to address climate change and sustainable environment , the Minister of Power, Works and Housing, Mr Babatunde Fashola SAN, has stated the benefits derivable from the project saying it would facilitate a new economy and help the government to source funds to implement its budget, especially in infrastructure development.

Fielding questions from newsmen after the Green Bonds Capital Market & Investors Conference organised by the Federal Ministry of Environment and the Debt Management Office (DMO) at the Nigerian Stock Exchange (NSE) House in Lagos, Fashola said the fund, which, according to him, would be directed to fighting climate change, would enable government realise its renewable energy projection.

Reiterating that Nigeria was working towards achieving 30 per cent in renewable energy by 2030, the Minister, who disclosed that the Solar Unit Distribution Programme (SUDIP) project was estimated to cost N1.3 billion, added that the units in aggregate from the project would provide up to 12MWs of power, creating 6,000 jobs and impacting at least 60,000 persons.

The Minister, who noted that one of the challenges that has stalled development in the country over the years was the lack of sufficient infrastructure spend added, however, that going forward the Green Bond would help government to source funding to implement its budget. “So, that is how it affects us; it is a source of funding for budget”, he said.

On what his Ministry expects from the Bond when issued, Fashola explained that the decision as to who gets what and what goes where would be the responsibility of the Ministry of Finance adding, however, that his Ministry needed as much money as it could get “to continue to upgrade and build new infrastructure in Power, in Works and in Housing”.

He explained further, “As you heard from the Acting President and the Hon. Minister of the Environment, the first launch of this Bond is only looking to a size of about N20Billion to test the Market; those are going to go ostensibly into some smaller spend size because there are so many things to do”.

“But the ultimate decision as to who gets what is the responsibility of the Ministry of Finance. But we need as much money as we can get to continue to upgrade and build new infrastructure in Power, in Works and in Housing”, he said.

According to the Minister, “N20Billion is the first issuance in Naira; but this is the first Sovereign Bond in the whole of this Continent, so I expect that they want to enter the Market very conservatively and see what the appetite is and from there ramp up”, adding that over the last one and a half decades, the entry threshold of government into Capital Market had been very modest but had grown severally.

“Yes, I said 30-30-30, it is 30 per cent in 2030 and these things are not unconnected with our current realities also and one of our realities is that we signed the Paris Agreement and the Paris Agreement has thresholds and nationally determined contributions that we have made as a country that we would achieve in terms of reducing Green House gases, Green House emissions and so on and so forth”, he said.

In his contribution at the Conference earlier, during the Ministers’ Dialogue with the theme, “Ensuring Sustainability of Green Bonds”, Fashola advocated that the concept of the Sovereign Green Bond and its components of Climate Change must be taken to the street level to enable Nigerians understand and connect with it adding that it would also make implementation of the environmental projects easy among the people.

“The first thing to do is to bring all that we do here to the street level. It must get to the street level otherwise it becomes a very esoteric discussion that people on the streets don’t understand and can’t connect to”, the Minister said, adding that the people should be made to understand why they should or should not take some actions.

He added, “I say this in the context of my own personal experience; each year we tell the people ‘don’t use firewood’, don’t do this, don’t do that and the question then is ‘what would they do to survive?’ So, in very simple terms, we must put this in the hands of the people”.

According to the Minister, “A new economy is, therefore, possible and they must understand that this is that new economy; an economy that allows them to do the same things differently, in a much better way and in a way that sustains the environment for the human civilization”.

Fashola said the proposed Renewable Energy micro utility in the 45 communities across the country would cost $10Billion while the Energizing Education Project would cost $213Million. Also, according to the Minister, out of the expected 119MW of Power, 60MW would be renewable adding that 37 universities and seven teaching hospitals have been audited as anchors to the programme.

On the Energy Mix programme which, he reiterated, is meant to achieve 30 per cent of renewable energy by 2030, the Minister said most of the renewable energy would come from Solar, Biomass and all other forms of sustainable energy sources adding that it would give the country an Energy Security. 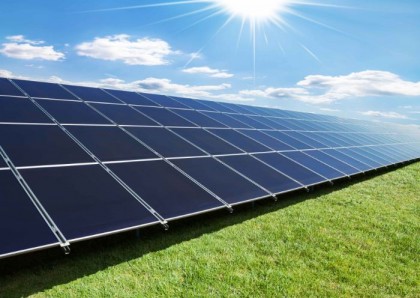 When that is achieved, he said “No part of the country will be able to hold the nation to ransom in future”, adding “The first sign of that journey is the 1.2 MW of Power in Abuja to power the Water Works. “So that Water Works is now off-public power, it is Solar-driven”.

The Minister added, “You may wonder how much power is 1.2MW solar power; it is power for at least 200 families; that is how prolific it can be. The next one is 1125MW of solar power that we have issue Power Purchase Agreements to 14 Solar Energy Providers”.

He commended the Minister of the Environment, Mrs Amina Mohammed and everybody else who had worked with her to put the programme together describing the subject of our Panel discussion, “Sustainability of Green Bonds”, as “a fitting place to kick off the brain box”.

The Acting President, Professor Yemi Osinbajo SAN, in his address, described the initiative as a new addition to the market funding portfolio, stating that the proceeds would be used to fight climate change which, according to him, “had led to more natural disasters, thereby impacting negatively on food, water and energy supply”.
Osinbajo, who said the initiative would also provide an opportunity to deepen the capital market as well as tackle poverty, pointed out that the bond issuance would also support the Federal Government’s shift to non-oil base assets for project financing for economic growth and development.

He said that the proceeds of the bonds would be used for environmental projects such as renewable energy micro-utilities in three communities estimated at N10 billion adding that it would as well provide an average of 33KW of power through solar technology.

Also speaking, Minister of Environment, Mrs Amina Mohammed, said the project was in line with the Federal Government’s sustainable development initiative started in September 2016 adding that the government, under its recovery growth plan initiative, identified Green Bonds as a vehicle that could be used to drive the economy in terms of environmental projects funding.

She said the bonds if properly harnessed would create new jobs, open new investment avenues for the country as well as ensure creative thinking adding that the proceeds would be invested in critical social-economic and environmental sectors that would impact on the lives of common Nigerians even as she called on domestic investors to rally round the issuance to ensure its success in order to support government diversification agenda.