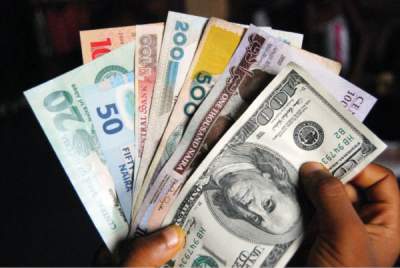 Fabian Ekeruche, NAN: The naira on Thursday appreciated marginally against the dollar at the parallel market at N390 to the dollar, according to NAN reports.

The pound sterling and Euro exchanged at N495 and N420, respectively at the segment.

At the Bureau De Change (BDC). the local currency was sold at N362 to the dollar, while the pound sterling and Euro closed at N495 and N420, respectively.

Trading at the interbank market saw the naira closing at N305.70 to the dollar.

The naira, however, depreciated at the new investors and exports window as it closed at N383.19, weaker than N382.19, its opening rate.

Currency traders in Lagos said that the offer of 20,000 dollars to each of the BDCs on Wednesday helped to stabilise the naira.

NAN reports that the each of the BDCs received 40,000 dollars weekly from the CBN which had boosted liquidity in the market.