The Chairman, UBA Group and Heirs Holdings, Mr Tony Elumelu, on Wednesday advised the Federal Government to tackle the issue of policy somersaults to enhance the growth of Small and Medium Enterprises (SMEs). 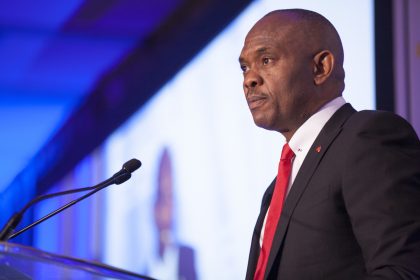 The News Agency of Nigeria (NAN) reports that theme of the lecture is: “Galvalasing SMEs Toward Inclusive Development’’.

He said that the continuous crumbling of SMEs as result of policy summersault would add to the increased of poverty level.

Elumelu said that the United Nations Department of Economic and Social Affairs’ report entitled: “World Population Prospects, the 2017 Revision’’, showed that Nigeria might likely double its current population and overtake the U.S by 2050.

The UBA Group and Heirs Holdings chairman said that the growth and development of SMEs would galvanise resources for wealth to sustain the soaring population forecast expected by 2050.

Also, Prof. Pat Utomi, a renowned political economist, said that Nigeria had refused to give pre-eminence to SMEs.

According to him, only the big company owners dine with the policy makers, thereby influencing the policies on SMEs.

“I want to bring to the knowledge of the Federal Government that oil industry had recruited less than 10,000 Nigerians, while an SMEs is recruiting one to hundred citizens,’’ he said.

Utomi said that the country needed to imbibe SMEs survival culture and good organisation governance, particularly for the sustenance of Nigeria’s population expected by 2050.

He also advised SMEs to start caring for the wellbeing of people as part of their corporate social responsibilities.

Utomi also said that the nation’s agricultural system was not making impact as 70 per cent of the produce was lost due to lack of reservation centres or parks.

“We have started constructing an Integrated Produce City in Edo, where a complete chain of agricultural system will be actualised and managed by farm management companies,’’ he said.

The founder of LAPO, Mr Godwin Ehigiamusoe, in his keynote address, said that the organisation, which had been in existence since 1987, had employed 7661 Nigerians.

“Between January and August, LAPO Microfinance Bank alone has disbursed N89.6 billion as loans through 447 branches in 29 states and the Federal Capital Territory (FCT).

“Collectively, the LAPO institutions in LAPO system, disbursed over N96 billion to SMEs during the period.