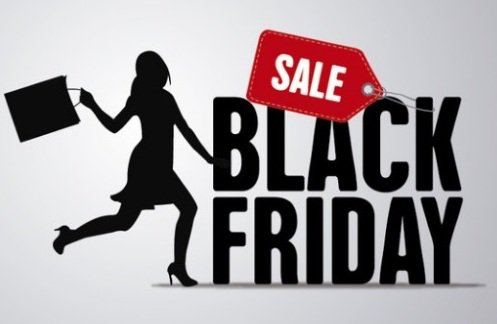 BlackFriday sales jingles, promos, banners are in every corner of our towns and cities in Nigeria right now.

We need not argue that unlike the history of the Osun river, or that of the god of Iron Sango – Black Friday is not in our culture, and has no history except maybe that which our TV and mobile phones gives the Fourth Friday in November.

There are many theories as to the origin of Black Friday including those dating back to the slave trade periods, however the most logical explanation for the name Black Friday comes from the world of accounting: black ink on a company’s books symbolises profit, red ink stands for losses.

Black Friday started in America on Thanksgiving Day, November 25, and it has spread across the globe like wildfire. It started off in the US as a marketing strategy to make money by focusing on volume sales and to move old stock by drastically reducing prices.

Black Friday can fall on any day or period from November 23 to 29, any of which can be the fourth Friday of November of any given year.

That day after Thanksgiving will be one of the busiest shopping days of the year when millions of deal-hungry shoppers put down the turkey and stuffing to descend upon retail stores (and websites) looking for discounted TVs and toys and so on. The longstanding post-Turkey Day(Thanksgiving) tradition marks the start of the holiday shopping season.

One common myth around the origins of the term “Black Friday” is that retailers coined the nickname as a reference to their own balance sheets. Companies that had been operating at a loss (“in the red”) the whole year could count on a massive shopping day on the fourth Friday of November to make them profitable for the year (“in the black”), thus “Black Friday.” However, that story may have been concocted by those same retailers in an effort to put a more positive spin on the busy shopping day.

Instead, the truth appears to point to a more derisive coining of the phrase. Other widely accepted now that the term “Black Friday” in the early 1960s by exhausted Philadelphia police officers who had been besieged by tourists and shoppers flooding into the city on the day after Thanksgiving to get a jumpstart on Christmas shopping. In a 1994 article for The Philadelphia Inquirer, reporter Joseph Barrett wrote about his role in spreading the phrase while also giving the credit for coining it to the city’s traffic cops, many of whom were forced to work extra long shifts to deal with the masses of shoppers. After all, “black” is often used to describe a day filled with catastrophe – in this case, the catastrophe of shoppers seeking best deals before the holiday season price hike.

Today, Black Friday is still a massively important time of the year for U.S. retailers, though the creep of the Christmas shopping season and shoppers’ mass migration online has changed the name’s connotation somewhat. With marketers kicking off holiday sales earlier and earlier each year, many retailers now offer sales that start earlier in November and run well into December. And, in recent years, Black Friday hysteria has been muted by the growing influence of e-commerce in retail, with a large number of deals also available online, either for the unofficial holiday Cyber Monday, or even for advanced Black Friday web sales from online giants like Weconnect Nigeria, Jumia Nigeria, SMEMarketHub, etc that run throughout November—if not earlier. Megastores, Brands in Nigeria have now joined the mass hysteria – however, the question whether the price drop on these platforms and stores is real or fake is a question for the investigative shopper.

In the US, price drops are real – real to the point of turning humans into animals – imagine what will happen at CashnCarry, Game Store or Shoprite if a 43 inch LG LED TV starts selling for N15,000(normally N125,000.00) – chaos, right – see video below.