Nigeria’s inflation dropped by 0.52% in March says Bureau of Statistics

The National Bureau of Statistics (NBS) on Thursday said that inflation dropped by 0.52 per cent in March, the second decline recorded on the year- on- year basis. 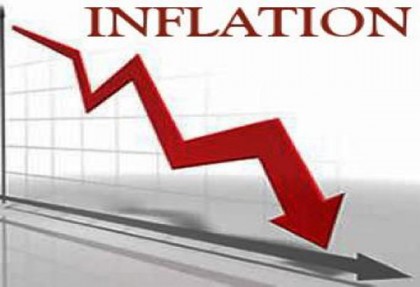 The first decline was recorded in February when inflation dropped by 0.94 per cent.

In its latest Consumer Price Index (CPI) for March released in Abuja, the bureau stated that the index, which measured inflation increased by 17.26 per cent year-on-year.

It, however, stated that the increase was a slower pace in March when compared to February consumer activities, which was 17.78 per cent.

“This is the second consecutive month of a decline in the headline CPI on a year-on-year basis.

“It represents the effects of stabilising prices in already high food and non-food prices as well as favourable base effects over 2016 prices.

“It is also indicative of early effects of a strengthened Naira in the foreign exchange market.’’

According to the report, price increases have been recorded in all Classification of Individual Consumption by Purpose (COICOP) divisions that yield the Headline Index.

It, however, stated that the major divisions responsible for accelerating the pace of the increase in the headline index were Housing, Water, Electricity and Gas.

Others it said were Education, Food and Alcoholic Beverages, Clothing and Footwear and Transportation Services.

On a month-on-month basis, the report stated that the Headline index increased by 1.72 per cent in March, 0.23 per cent points higher from the rate recorded in February.

The Food Index increased by 18.44 per cent (year-on-year) in March, slightly down 0.09 per cent points from the rate recorded in February, which was 18.53 per cent.

It stated that the index was driven by increases in the prices of bread, cereals, meat, fish, potatoes, yams and other tubers and wine.

It also stated that the slowest increase in food prices year-on-year was recorded by Soft Drinks, Fruits, Coffee, Tea and Cocoa.

In addition, the report stated price movements recorded by All Items less farm produce or Core sub-index rose by 15.40 per cent (year-on-year) in March.

“During the month, the highest increases were seen in miscellaneous services relating to dwelling, electricity, solid fuels, clothing materials.

“Increases were also seen in other articles of clothing, Liquid fuel, Spirits as well as Fuels and lubricants for personal transport equipment.

On month-on-month basis, the report stated the urban index rose by 1.76 per cent in March from 1.52 per cent recorded in February.

It further stated that the rural index rose by 1.69 per cent in March from 1.47 per cent in February.

The News Agency of Nigeria (NAN) reports that CPI measures the average changeover time in prices of goods and services consumed by people for day to-day living.

The construction of the CPI combines economic theory, sampling and other statistical techniques using data from other surveys to produce a weighted measure of average price changes in the Nigerian economy. (NAN)