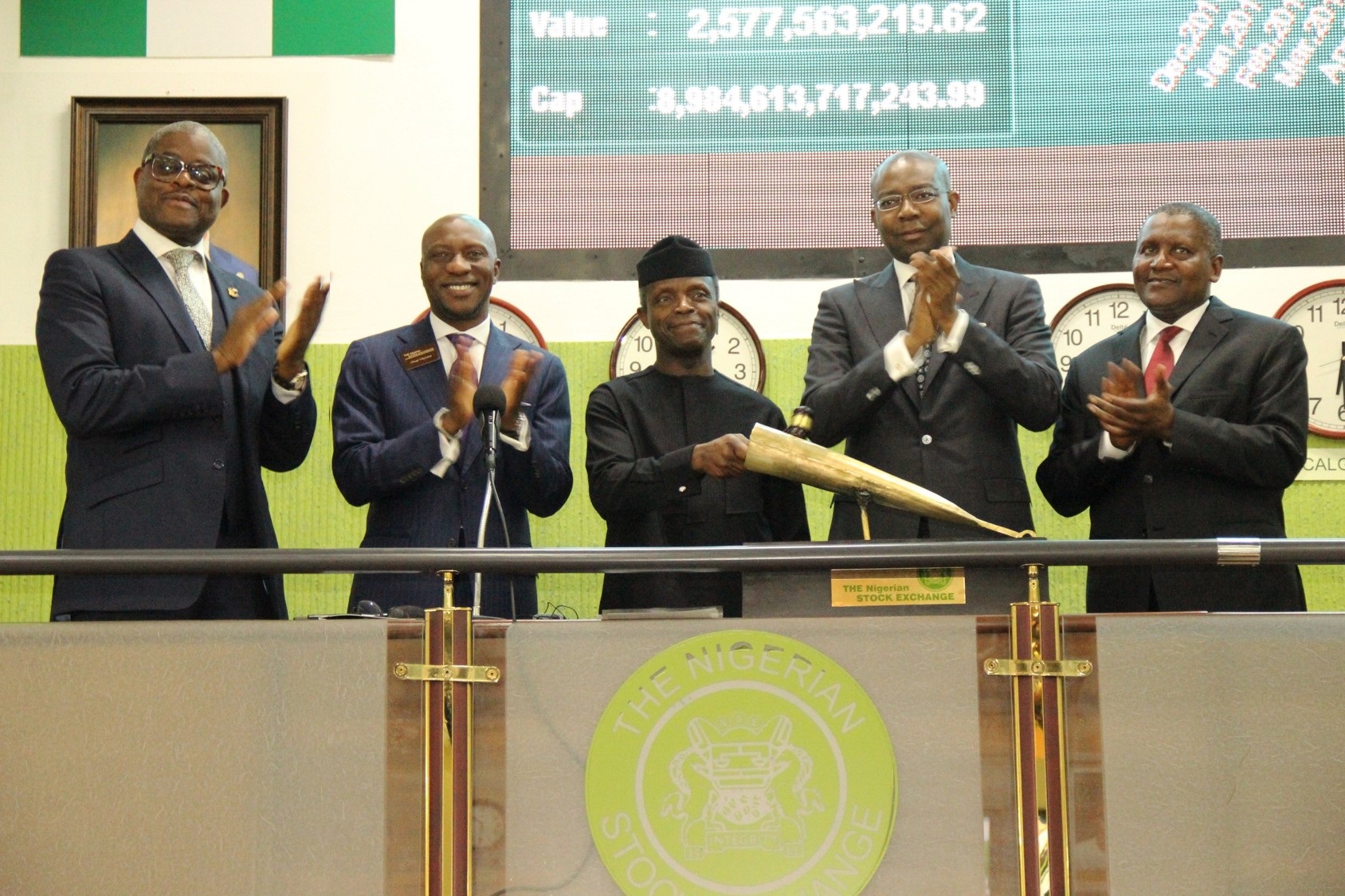 The market capitalisation grew by N84 billion or 0.71 per cent to close at N11.887 trillion as against N11.803 trillion achieved on Monday.

Julius Berger recorded the highest price gain to lead the gainers’ pack, increasing by N4.04 to close at N43.84 per share.

Market watchers attributed the improved performance to Index provider MSCI new weighting of Nigerian market on its frontier index to 7.9 per cent from 6.5 per cent.

They said that the new weighting boosted the confidence of foreign investors to the nation’s bourse.

On the other hand, Forte Oil topped the losers’ chart for the day, shedding N2.77 to close at N50.04 per share.

Transcorp drove the activity chart with a total of 58.05 million shares valued at N102.51 million.