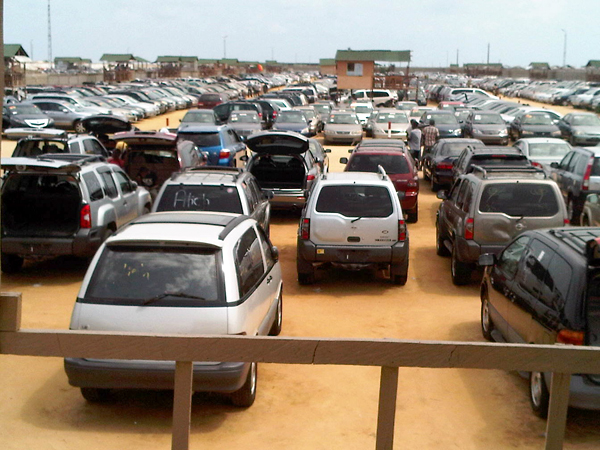 The Apapa Area Command of the Nigeria Customs Service (NCS) has collected the sum of N165.7 billion as revenue in the first half of 2017.

According to a statement by the Public Relations Officer of the command on Thursday in Lagos, Mrs Nkiruka Nwala, the figure represents 49.06 per cent of target set for the year 2017.

“Comparatively, the total collections during the corresponding period of 2016 were N120.96 billion, Nwala said.

According to her, the figure shows that the revenue profile of the command has increased by N44.77 billion.

“In a bid to actualize one of the major reform agenda of the Comptroller-General of Customs Col. Hameed Ali, the Apapa Command has kept up to its efforts in collecting maximum revenue.

“This is evident from the command’s revenue profile for the first half of 2017.

“This was made possible through the exemplary leadership of the Customs Area Controller, Comptroller Musa Jibrin, who left no stone unturned in blocking revenue leakages in order to enhance collection of maximum revenue,’’ she said.

She further said the tempo would be sustained, adding that the command had warned against acts capable of impeding the initiative of the government.

She said the controller had implored all importers, agents and other stakeholders at the ports to ensure total compliance with all extant laws on cargo clearance procedures.

Nwala also said the command’s inter-agencies’ collaborations had so yielded result with the handing over of seven seized containers of drugs impounded over false declarations to NAFDAC. (NAN)