Delay in passage of 2018 budget impacts negatively on economy — CSO

Mr Eze Onyekpere, Lead Director, Centre for Social Justice (CSJ), a Civil Society Organisation (CSO), says the delay in the passage of the 2018 budget is impacting negatively on the economy. 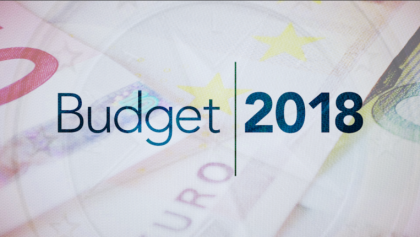 He said this on Tuesday in Abuja, in an interview with the News Agency of Nigeria (NAN).

Onyekpere said that the impact was being felt negatively as the budget was required by public and private sector stakeholders to plan and manage their economic activities.

“The delay compounds the already parlous economic situation and shows a country that is afloat and without a focused leadership at both the executive and legislative levels.”

Similarly, Mr Atiku Samuel, the Head of Research, BudgIT Nigeria, said lack of a budget calendar, lack of coordination and lack of planning were the major reasons for the setback.

According to him, during the budget formation phase, the executive and legislators and other stakeholders should have been consulted and actions point agreed on to avoid such delay.

“However, not much is done by the executive to carry the legislators along.

“In all, the lack of coordination cumulates into a bigger issue that has delayed the passage of the budget among other issues,” he said.

The 2018 budget which was put at N8.612 trillion and presented to the National Assembly by President Muhammadu Buhari on Nov. 7, 2017, was tagged “Budget of Consolidation.’’

The Federal Government had in 2017, made a commitment to submit the 2018 Appropriation Bill to the National Assembly so that it could be passed into law before the end of 2017.

This was in order to return the nation’s budget cycle to the regular January-December. (NAN)

NEWER POSTPolice to arraign Dino Melaye, 4 rearrested suspects May 10
OLDER POSTLate Winnie Mandela and her past