The Federal Government, in collaboration with the Nigerian Economic Summit Group (NESG), will focus on economic transformation at the forthcoming 2018 National Economic Summit (NES). 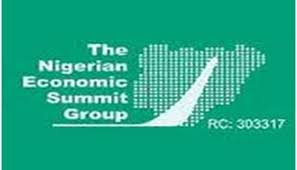 The Minister of Budget and National Planning, Sen. Udoma Udo Udoma, said this on Friday in Abuja while inaugurating the Joint Planning Committee for the 24th edition of National Economic Summit (NES #24).
The minister said the NES# 24 would focus on economic transformation and further discuss the implementation of Economic Recovery and Growth Plan (ERGP).

“It is the task of the Joint Planning Committee (JPC) to organise an economic summit that will deliver this objective,” he said.
According to him, the mandate of the JPC is to undertake all preparatory arrangements for the successful hosting of the summit.
Udoma said the JPC would work under the joint coordination of the public sector, represented by the ministry and the private sector represented by NESG, to ensure the successful hosting of the Summit.

The minister, however, urged all the members to show a high level of commitment to justify the confidence reposed in them.
He said the successes recorded and contributions made by past editions of the summit in the last 24 years demonstrated the effectiveness of public-private partnerships that had evolved in Nigeria during this period.

“Many of the reform policies that have underpinned the evolution of our economic growth strategy over the past 24 years were strongly influenced by debates and deliberations during these Summits,” the minister said.
Earlier, the Chairman of the NESG, Dr Kyari Bukar, said NES had continued to provide an opportunity for both the public and private sector to interact and share thoughts on key issues of the economy.

Bukar said the NES had also provided an opportunity to proffer solutions to the challenges facing Nigeria’s growth and development.
He said this had been done with a view to evolving a common strategy and policy framework for addressing them.
Also speaking, the Chief Executive Officer of NESG, Mr Laoye Jaiyeola, said the summit would be for two days instead of three days.
He said it was not the number of days that mattered but the articulation of the focus of the programme to achieve the intended objective.
“It was also to have high level government participation and attention,” the official said.
The News Agency of Nigeria (NAN) reports that NES#2018 is scheduled to hold from Oct. 22 to Oct. 23 in Abuja.

The theme of the NES#23 was “Actualising the Economic Recovery and Growth Plan- Opportunities, Productivity and Employment: A call to Action.”
NESG was incorporated in 1996 as non-profit and non-partisan private sector organisation.
It was given a mandate to promote and champion the reform of Nigerian economy into an open and private sector-led globally competitive economy. (NAN)