The announcement of a currency- swap deal between Nigeria and China has compelled speculators to make last minute plans to wreck havoc on the naira before the deal gets underway. 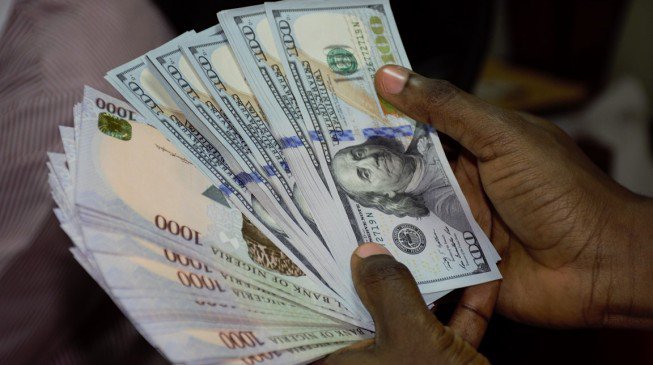 The News Agency of Nigeria (NAN) reports that the Governor of the Central Bank of Nigeria (CBN), Mr Godwin Emefiele, led the Nigerian delegation to China for the signing of the 2.5 billion dollars deal on April 27.

Financial experts said that the sealing of the deal was in the right direction as it would reduce pressure on the dollar, which would indirectly reduce the cost of imports from China.

However, the sealing of the deal had been greeted at the parallel market with a subtle but steady depreciation of the naira, which experts have attributed to the handiwork of currency speculators.

Alhaji Aminu Gwadabe, the President, Association of Bureau De Change Operators of Nigeria (ABCON), on Monday in Lagos noted that there was heavy pressure on the Naira in the last few weeks.

Gwadabe said the pressure pushed the naira to close at N364 to the dollar at the end of trading on Friday.

“ This is largely as a result of intense speculative activities among players in the market,’’ Gwadabe said.

On the currency-swap deal, Gwadabe said that Chinese imports would crash as charges on third currency transaction would now be wiped out between China and Nigeria.

“ It will also enhance transparency of Chinese suppliers to our Nigerian importers.

“The Chinese suppliers hide under dollar transaction to extort most of our importers. They hardly want to invoice in Yuan and now it is compulsory,’’ Gwadabe said.

He explained that traders were waiting anxiously for CBN modalities on accessing the Yuan window.

According to him, this will help in dousing tension as soon as the modalities become operational and enhance foreign reserve management.\

NAN reports that in spite of the steady interventions of the CBN at the forex market, and the rise of crude oil to 80 dollars, and robust foreign reserves, the naira was still battling to remain afloat.

Meanwhile, the naira had exchanged at N360 to the dollar before steadily losing four points to N364 on Friday.

The average Nigeria yearns for a significant appreciation of the naira below the N360 to the dollar mark at the parallel market.

If the deal becomes operational, instead of exchanging Naira at N360 to a dollar before converting to Yuan, importers can exchange N48 to one Yuan directly. (NAN)