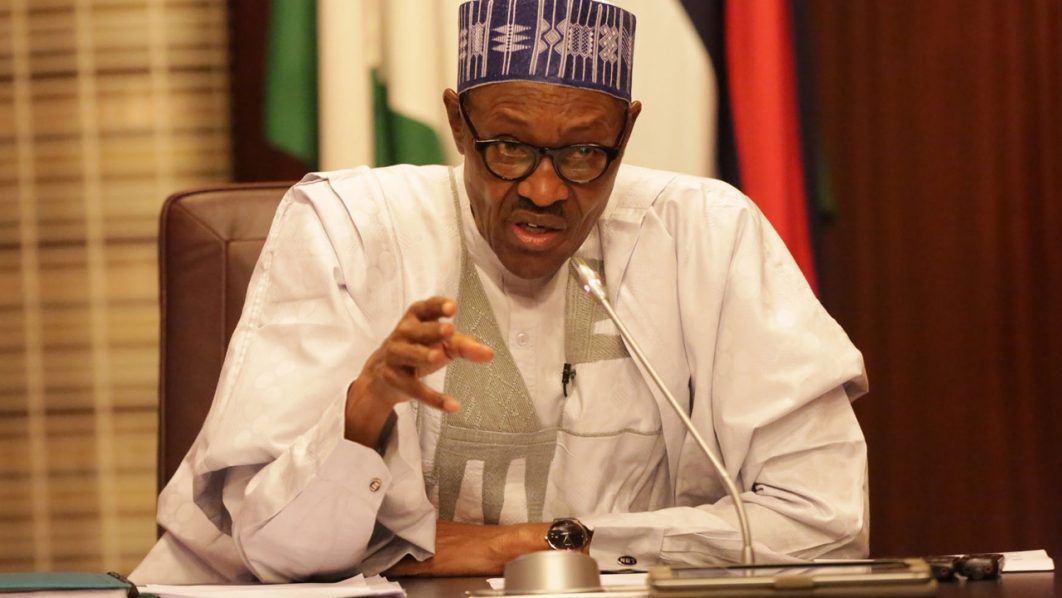 Presidential aide, Sen. Ita Enang, has said that rather than expressing displeasure, Nigerians should be glad that President Muhammadu Buhari withheld assent to the Petroleum Industry Governance Bill (PIGB).

Enang, who is the Senior Special Assistant (SSA) to the President on National Assembly Matters (Senate), stated this when he featured on News Agency of Nigeria (NAN) Forum in Abuja on Tuesday.

He said that if the president had signed the bill, it would have made some commissions and agencies so rich that funds they would be collecting from the industry monthly would be more than what six states got monthly.

According to him, Buhari feels that the PIGB in its current form will create another `masquerade’ that would be a liability and debit to other tiers of government.

By masquerade, Enang was referring to the provision of the Bill that allows the Petroleum Industry Regulatory Commission to retain as much as 10 per cent of the total revenue generated in the oil industry every month.

He said that the president’s position was that in addition to other sources of funding available to the commission, it would be collecting billions of Naira monthly that would equal federal allocation to at least seven states.

“The president also said that the PIGB is providing for the Petroleum Equalisation Fund (PEF) to take five per cent of the value of petroleum products consumed by all Nigerians monthly.

“If you calculate that, you will realise that what the Petroleum Regulatory Commission wants to take is equivalent to what six to eight states are taking in a month.

“The five per cent of the volume of consumption by all Nigerians proposed for the PEF is in multiples of billions of Naira every month and every day.

“The President is saying that the agencies are generating money for the federal, state and local governments; the Federal Capital Territory and its area councils.

“And, if they take that much, there would be no much money left for the other tiers of government from the Federation Account.

“Don’t forget the proposed Petroleum Regulatory Commission is an agency of the federal government, and the President oversees the Ministry of Petroleum.

“If he were selfish, he would have signed it believing that ‘after all, this money will come to the federal government which I head’.

“But, he is saying ‘I am the President of the Federal Republic of Nigeria; if you take those monies, there would not be enough money for the other tiers of government to carry out their activities.

“There will not be funds for them to create employment, fund agriculture, industrialisation and rural infrastructure. I won’t do it?’

“These are the issues the President raised,’’ he said.

Enang explained that Buhari felt that giving the commission and the PEF so much money would make them richer than the Federal Government, and become a government inside a government.

He advised Nigerians contesting the President’s decision on the Bill to look at the budgets of agencies in the oil sector, including Department of Petroleum Resources and Petroleum Products Pricing and Regulatory Agency.

He said that they would discover that the agencies already had several sources of revenue, including licence fees, grants and appropriation from the National Assembly.

The aide argued that reserving another 10 per cent or five per cent for them as proposed in the PIGB amounted to duplication, which any patriotic president would never endorse.

He advised Nigerians to show more interest and be more active in the PIGB than the international oil companies.

He alleged that the pressure on the President to assent to the Bill was being sponsored by international oil companies and consultants, for selfish interests.

“It is these international oil companies and their consultants that are pushing for so much money to be made available to the Petroleum Regulatory Commission and all these other parastatals.

“I urge Nigerians to come and do mathematics to see where the money will go at the end of the day – the oil companies.

“They want so much money made available so that it would be freighted out of Nigeria.

“We are already over-feeding and over-pampering the oil companies in Nigeria, and if they take so much and freight it away, Nigeria will still be bearing the ecological and environmental burden.

“You are coming to take 10 per cent in addition to other things, and you leave the host communities impoverished.

“How much will be left for government? You want to be richer than the Federal Government? No! the President is right and Nigerians should be happy with him for being that patriotic,” Enang added.