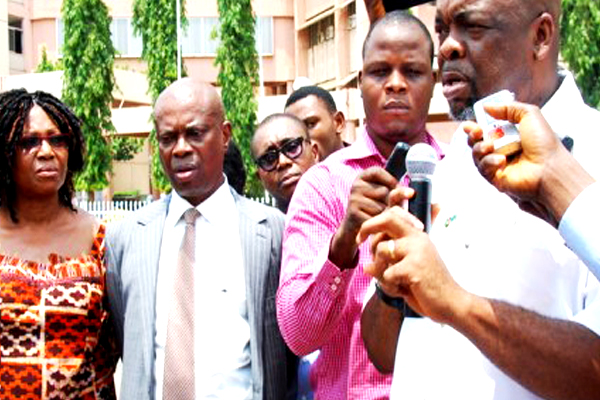 The Minister of Labour and Productivity, Emeka Wogu has assured the students of Colleges of Education across the Country that the strike action embarked by their lecturers will soon be over as President Goodluck Jonathan has directed that their demands be met immediately to end the protracted strike action. The Minister gave the assurance while addressing the National Associaiton of Nigerian Students, Joint Campus Committee led by its Chairman, Adediwura Adesina in Abuja. The Minister of Labour said the Administration is committed to restoring normalcy in the Education Sector as it is a top priority of the Transformation Agenda. Speaking on behalf of the Students, Adediwura Adesina urged both Government and the Lecturers to end the strike in order to avoid the students been used as political thugs.