Consistency in funding tertiary institutions in Nigeria has become one of the defining actions of the Federal Government in recent times.

A devotion to giving the institutions a face lift.  To this end, the Federal Government is said to have invested more than ten billion naira in Institutions in Imo state in the last one year. 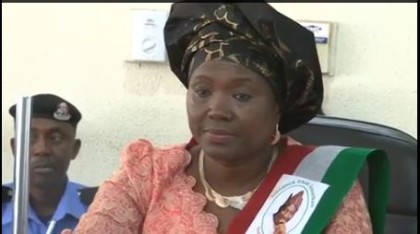 The Minister of State for Education, Professor Viola Onwuliri inspected facilities at those institutions in Imo state.

The inspection started at the Imo state university, an institution with fourteen thousand student population. In the last 7 months the institution has received more than N4 billion from the federal government under the TETfund special intervention programme.

As a state university, IMSU has so far enjoyed federal government presence as a major beneficiary of TETFUND intervention programmes especially in the area of staff training and infrastructural development

To Prof Viola Onwuliri, the inspection is part of federal government’s effort to put the records straight.

Projects launched by the minister are the faculty of Law building and the Special ICT center .

At the Alvan Ikoku Federal college of Education such projects as facility for special education, the ICT center and the new physical and health education block are also projects under the TETFUND special intervention programme.

Prof Onwuliri also inspected TETFUND projects at the Imo Polytechnic as well as the projects at Federal University of Technology Owerri.
Similarly, the minister also inaugurated the technological entrepreneurship development center at the Federal Polytechnic Nekede.
This is the third in the series of impact assessment tour of the ministry of education.