The Dream Of A Physically Challenged Boy 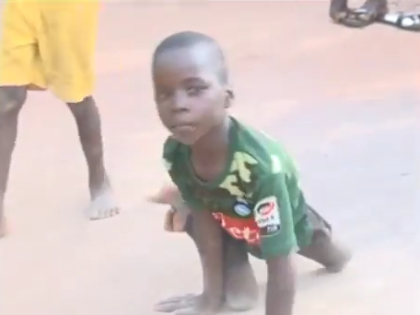 Every one has a dream of what he or she wishes to be or to achieve in life. But it is one thing to have a dream and another is to realize it. We caught  up with a Physically Challenged Boy in Lafia whose dream could have been lost were it not for the intervention of Governor Almakura of Nassarawa State

Akurba, a suburb of Laffia in  Nasarawa state is where the young Ismaila takes refuge after communal crisis that engulfed Ashangua also in Laffia LGA. He first visited Lafia when during the 2015 presidential campaign to se President Buhari whne he stomed Lafia for campaign but his hope was  lost as he was not permitted to go close to where the rally was going on.

The young Useni Samaila kept hope alive as he again came to Lafia for the second time, but this time around to beg for arms until luck came his way when he met Gov Umaru  Almakura, who was on assessment visit to flood prone areas in Lafia the state capital. 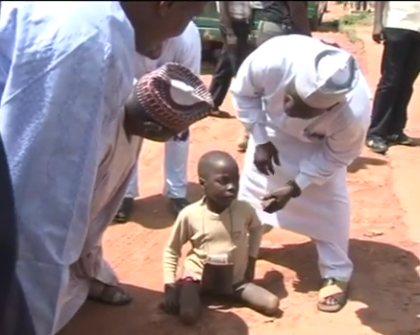 Having narrated his ordeal, Governor Almakura immediately ordered for his enrollment in school and promised to sponsor his education up to to tertiary level.

Low and  behold, the dream of Useni Samaila who wish to be a teacher is beginning to yield result as our camera lens caught up with him on  his first day in school 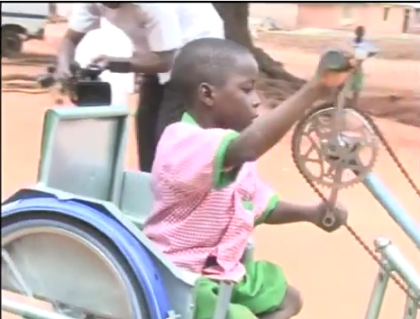 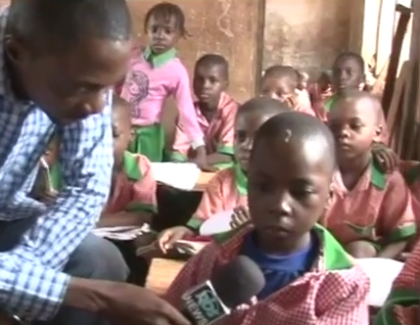 For his parents, their joy knows no bound as they appreciated the effort of Governor Al-Makura in alleviating the plight of the down trodden and the physically challenged. Useni Samaila is one out of Many other  physically challenged  in Nasarawa state  that has  enjoyed the benevolence of Gov Almakura whom many described as a friend of the down trodden