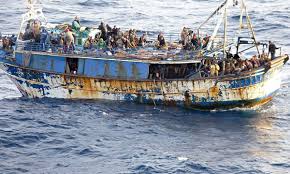 Abuja, Dec. 23, 2015 (NAN) Prof. Monday Joshua, the Executive Secretary, National Commission for Colleges of Education (NCCE), has expressed joy over the Federal Government’s proposal in the 2016 Budget to employ 500,000 teachers.

Joshua, who spoke with the News Agency of Nigeria (NAN) in Abuja on Wednesday, said that such a move would boost basic education in the country.

NAN recalled that President Muhammadu Buhari who presented the budget at the National Assembly on Tuesday, said that 500,000 graduates and NCE holders would be employed to boost teaching at the basic education level.

Buhari said that the decision, which was aimed at addressing the shortage of teachers in public schools across the country, would be in partnership with state and local governments.

“These graduate teachers will be deployed to primary schools, thereby enhancing the provision of basic education especially in our rural areas, “ Buhari had said.

According to Joshua, the proposal if implemented will help the commission in achieving its mandate.

“As the head of NCCE, I am very excited with the proposal by the President.

“We are responsible for producing teachers for basic education and the plan will help us in achieving our mandate.

“We commend the Federal Government for that proposal; it will go a long way in reducing unemployment generally.

“It would also address teachers’ deficit in primary schools, “ he said.
NAN further reports that President Buhari presented a N6.08 trillion 2016 Budget proposal with education getting an allocation of N369.6 million. (NAN)